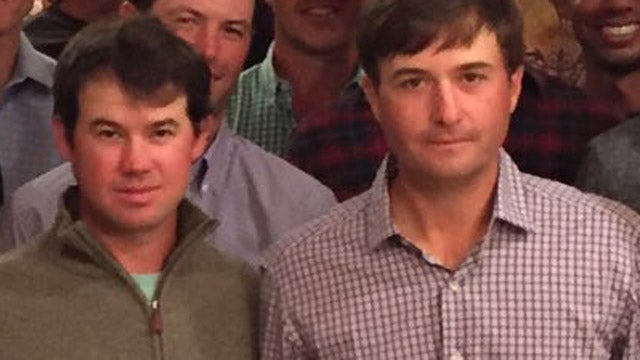 Will Kevin Kisner be able to climb up the leaderboard at The Greenbrier Classic?
Carlos M. Saavedra for SI

Who’s hot? Our take on the Tour’s hottest players as they head to the sulphur springs of Greenbrier.

Based on all the social media posts, it seems a safe bet that Spieth has enjoyed his time off since winning the U.S. Open. But hey, with the year’s first two majors in his pocket, who can blame the 21-year old for enjoying all the perks, including a cruise through the Caribbean with friends and family on a luxury yacht. But this week it’s back to business for Jordan as he preps for the John Deere Classic in advance of his bid to become the first player—and second Texan—to win the Masters, U.S. Open and British Open since Ben Hogan in 1953.

Unlike Spieth, DJ has laid low since his ill-time three-putt left him a shot behind at Chambers Bay. A few tweets to thank his many fans for all their support has been about all we’ve seen, and that’s not likely to change as Johnson won’t tee it up again until St. Andrews, where high expectations—and plenty of major pressure—await.

Despite a disappointing 1-over 71 on Sunday, Snedeker secured his second straight top ten finish with a T-10 at the Travelers. An early commitment to Greenbrier, he changed his mind and backed out late last week. He’ll gun for his first major at the British Open in two weeks.

All’s quite at the McIlroy camp as he continues to take time off before returning to play next week at the Scottish Open, one week ahead of the British.

The South African came back to earth after his epic back-nine 29 in the U.S. Open final round, missing the cut at the Travelers with a pair of 71s. On the upside, he got an early start down to West Virginia for the Greenbrier Classic and an Old White TPC course that really suits his game. Oosthuizen’s biggest challenge has been the flat stick as he ranks 153rd in strokes gained putting this year. But as he showed at Chambers Bay, when he finds his stroke, he will contend.

Kisner took some time off from golf —in favor of fishing—last week but will be back in action at the Greenbrier and the John Deere as he preps for his first British Open. Considering his stats—18th in driving accuracy, 14th in scrambling and 11th in putts inside 10-feet—you’d think he’d be a contender at Greenbrier, but past performance—three missed cuts in three starts— says otherwise. Of course, Kisner’s come a long way since then, so if you’re looking to pick a first time winner, Kevin might be a good bet.

The rookie always seems to find a way to play well, and he posted a T-25 at the Travelers for his sixth straight top-25 finish. Playing Greenbrier for the first time won’t be easy, as he tends to struggle on and near the greens, but he has done well on tough, old-school tracks like Muirfield Village, where he finished T-8 at the Memorial. Another top-25 is surely within reach, but only time will tell if he’s ready to give the vets a run for their money.

A last minute scratch from the Travelers, Koepka will also skip the Greenbrier. But the 25-year old will be back for the Scottish and British Opens, two events he has played well in the past.

After grinding through four straight tourneys—and 21 on the season—Horschel is playing with Jimmy Walker on Monday and Tuesday at the CVS Health Charity Classic. He’ll take the next two weeks off before heading to St. Andrews.

After a T-4 finish at the U.S. Open, we won’t see the Aussie again until the British, which will maintain his standing as the top-50 golfer in the world with the fewest starts—just nine since Christmas. His strong finish at Chambers Bay earned him just his second top-20 of the year, but he seemed to find a bit of magic by having Steve Williams back on the bag. Tiger’s ex will be with Scott at St. Andrew’s, followed by Bridgestone and the PGA Championship, which could give Adam a puncher’s chance to get back in the winner’s circle.

*using GOLFstats player rankings, we determine the hottest players based on the last nine weeks on the PGA Tour.  Keys to the system:

*132 points for a regular Tour win.  All finishers in top-50 get points via a declining scale.

*points lost for missed cuts, DQs or WDs: 10 for regular events, 15 for WGC and Players, 20 for majors