What’s On the Pine Valley Police Department Blotter? One Can Only Imagine 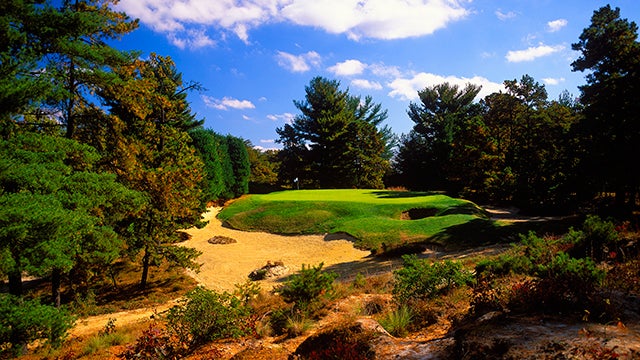 The second smallest municipality in New Jersey, Pine Valley has 12 full-time residents, one famous golf course and a police department staffed by six officers who make an average of one to two arrests a year, according to a fascinating report in The Philadelphia Enquirer.

“We’re back in the woods here,” Pine Valley’s mayor, Michael B. Kennedy, told the paper. “So anything can happen.”

Indeed. Extra Spin did some imaginary digging and uncovered exclusive excerpts from the Pine Valley P.D.’s blotter, revealing the perils faced by those who work along this thin blue line.

Man on backhoe apprehended and charged with defacing sixth green. Suspect identifies himself as Tom Fazio. Claims he has been hired to execute the changes.

Young member arrested at security gate on suspicion of driving under the influence of liberal political ideas.

Multiple reports of loitering over three-footers.

Club president calls, insisting caddy get 60 years to life for a critical misread on the 17th green. Attending officer suggests reducing gratuity instead.

In morning debriefing, staff sergeant praises officers for diligence but offers stern reminder: Combo of green argyle and pink linen, while a crime of fashion, is not punishable by law.