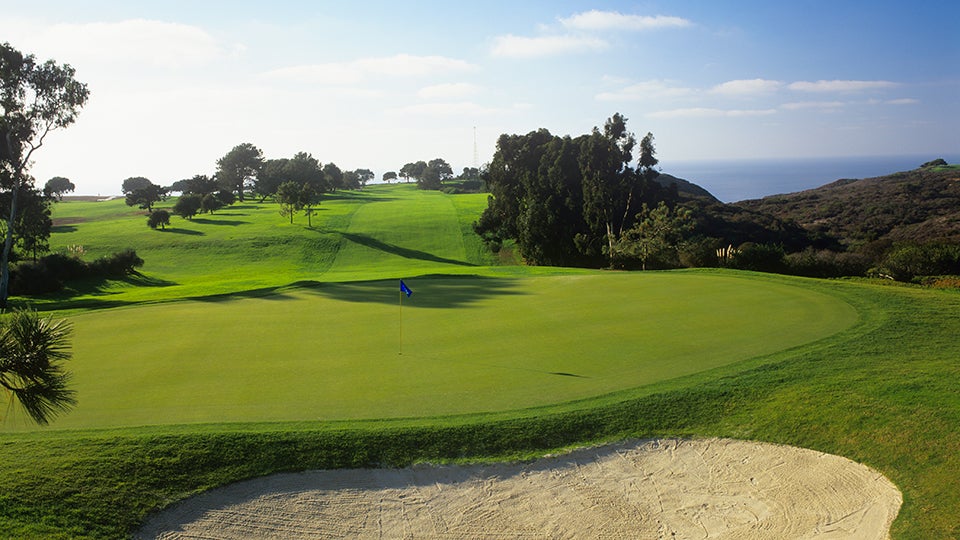 The star attraction this week is Torrey Pines South – a 7,600-yard behemoth and site of Tiger Woods’s last major championship victory at the 2008 US Open. It will share hosting duties over the first two rounds with the North Course before hosting the entirety of the final two rounds. Over the last five tournaments, the South Course has played to a stiff 73.0 strokes – one over par – while the North Course has played nearly two under. The pros made birdie or better 24% of the time at the North Courses versus only 17% at the South Course.

Pros hit driver on 87% of the par 4 and par 5 holes over the last two years between both courses — the highest figure of any PGA Tour event over that span. Only a handful of holes will pose any sort of club selection dilemma this week; it’s perfectly reasonable for many pros to hit driver on every hole here. That means 2-3 extra drivers each round compared to a PGA Tour average that hovers around 70% —  a significant edge for those who hit driver well, but similarly a big penalty for the more conservative minded or weaker drivers. The pro who gained the most from using driver versus a lesser club last year was Andrew Loupe, with guys like Daniel Berger and Charles Howell III close behind.

Because of that aggressive play, the pros only place their tee-shots in the fairway or first cut 59% of the time — ranking in the bottom five on Tour behind venues like Doral and Riviera. Missing the short grass here isn’t a death sentence like it is at Muirfield Village (Memorial) or TPC Sawgrass (Players Championship), but there’s a decided advantage towards those with some skill at playing out of the rough. Tony Finau ranked No. 1 in performance on shots from the rough vs. short grass last year.

The 18th hole at Torrey Pines South is one of the great finishing holes on the PGA Tour. The fact that it’s a par 5, the water short of the green, and the traditional Sunday pin position at the front of the green combine to make it a true risk-reward hole. Last year, those brave enough to attack the green in two shots scored 4.45 strokes, while those who played it as a lay-up scored 4.88 strokes. The key to playing aggressively is to avoid the rough and fairway bunkers off the tee; everyone who went for the green in two last year did so from the fairway or first cut. That makes this one of the most stressful tee shots on Tour for those near the lead on Sunday.