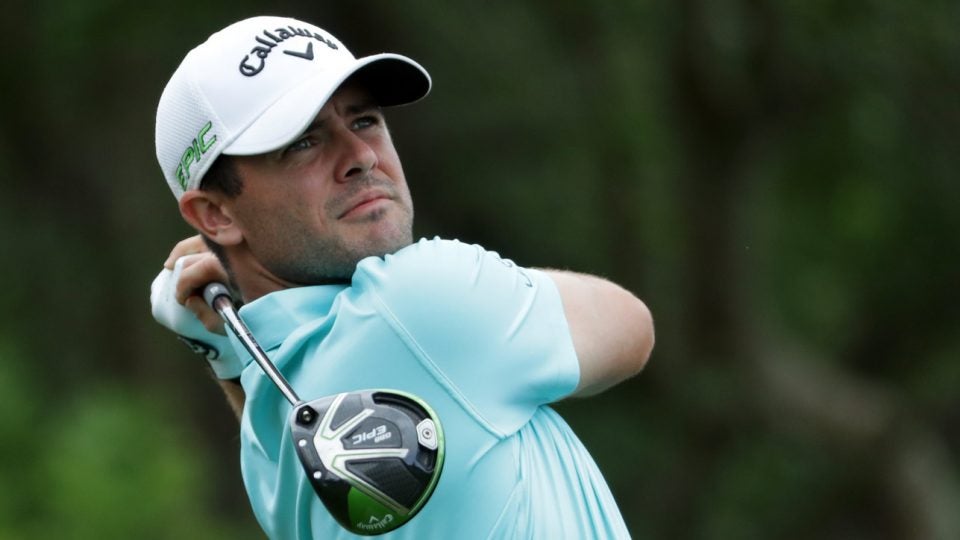 There are no pictures on the scorecard, and that’s a very good thing for Wesley Bryan, whose third birdie in a row during his second round of the Wells Fargo Championship was anything but conventional.

It all started with his tee shot on the 557-yard 6th hole, a par 5. At impact, Bryan immediately reacted to his poor strike with a helicopter-blade motion with his driver, and you can hear a voice say what sounds like, “Right, fore right!”

Bryan then appeared in a no-man’s land devoid of pine straw, but with an unimpeded lie. So, hit a driver off the deck for his second shot, and it soared into the trees left of the fairway.

Now behind trees and nestled in pine straw, Bryan played his third shot. He smacked an iron through an opening in the trees, and the ball hit the front of the green and rolled all the way to the back pin position, settling about five feet from the hole. He then nonchalantly drained the putt.

Best birdie ever? You be the judge. Watch Bryan’s epic journey below.

“The greatest hole played in the history of the game … “