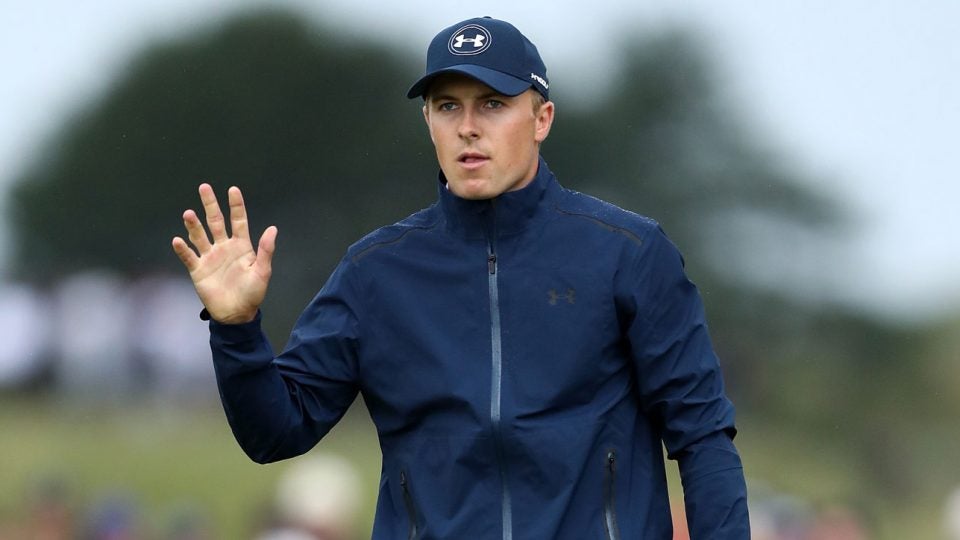 One of golf’s ultimate grinders was in absolute grind-mode Friday at the British Open.

Jordan Spieth’s second round was a battle to remain near par as rain and wind amped up at Royal Birkdale, but when you grind things out, eventually you might get some breaks to go your way. That happened for Spieth Friday.

The 24-year-old was behind the 10th green in three shots and staring down a likely bogey when he flopped his shot toward the hole.

His shot bounced once, then twice and rolled to the edge of the cup, falling in for a much-needed par, keeping Spieth momentarily tied for the lead. It may only be Friday, but Spieth pumped his fist as the ball dropped into the cup. Check out the shot below.

And before the “hooter” was sounded….@JordanSpieth doing Jordan Spieth things ⤵ #TheOpen pic.twitter.com/lZYnxrAZVM

As if that wasn’t enough, Spieth moved to the 11th, where he’d can a 35-foot putt for his second birdie of the day and jump back into sole possession of the lead.

Sitting alone at the top of #TheOpen leaderboard: @JordanSpieth pic.twitter.com/3Ma73mEJ8C