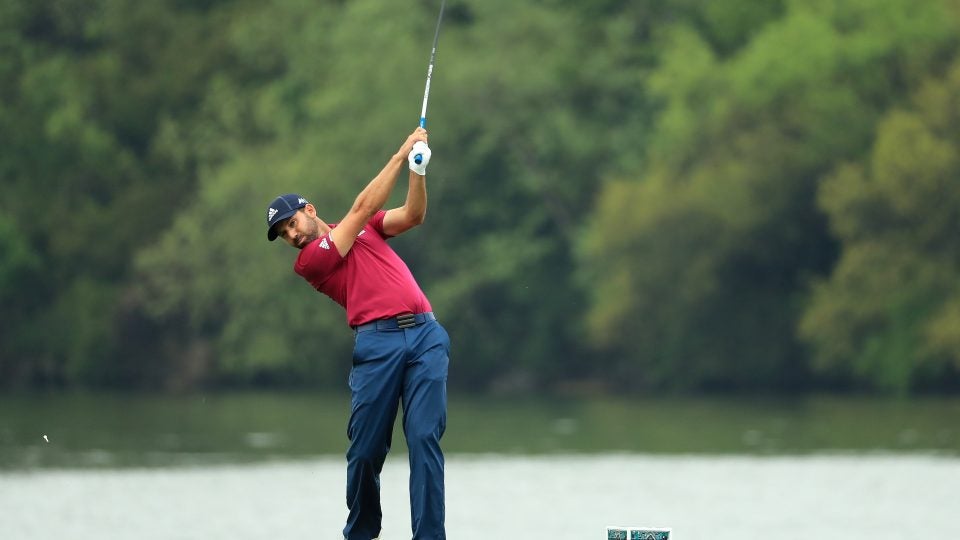 AUSTIN, TX - MARCH 24: Sergio Garcia of Spain tees off on the 14th hole of his match during round three of the World Golf Championships-Dell Technologies Match Play at the Austin Country Club on March 24, 2017 in Austin, Texas. (Photo by Richard Heathcote/Getty Images)

Sergio Garcia has tossed a club or two during his career. and he very nearly lost his grip on another Wednesday at the soggy Dell Match Play. Garcia was battling fellow Spaniard Jon Rahm in heavy rain during the third round of the event. (Come to think of it, it’s almost like El Nino had rolled in.)

When Garcia arrived at the 13th tee, he was already 5 down and no doubt frustrated. That’s when it happened.

As Garcia attempts to hit his drive on the par-5, his hand slips from the club, almost causing him to hurl his club into the water. Instead, he topped his ball straight into the lake and went on to lose the match to Rahm, 6&4.

We’ve all been there, Sergio.