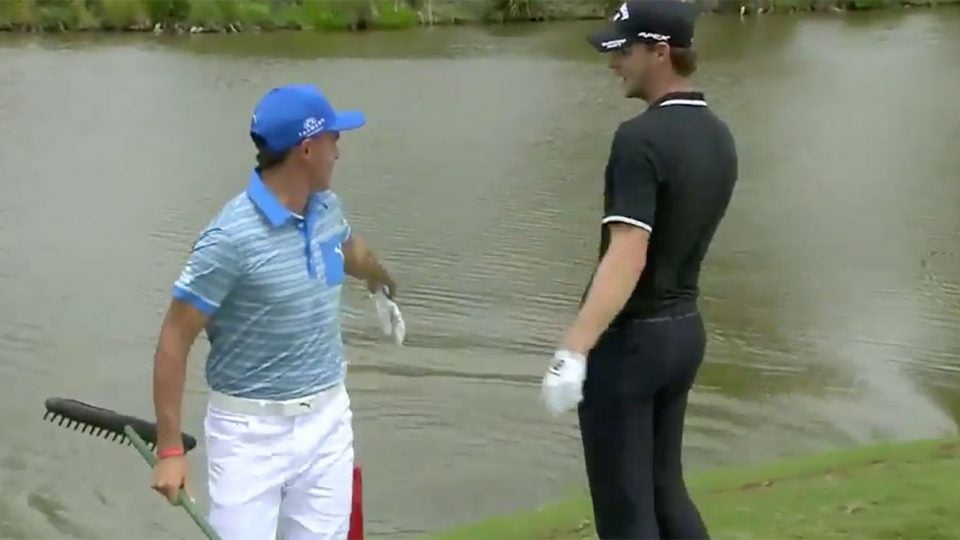 Crikey! Rickie Fowler defied danger during Round 2 of the Zurich Classic.
Twitter/PGATOUR

Rickie Fowler is having a busy week in New Orleans.

Fowler and Thomas Pieters appeared to discuss the gator moments before TV cameras picked them up early in their second round. (Not sure if Rickie lost some kind of bet.) Armed with a bunker rake, Fowler defied danger while poking the beast and sending him packing.

Shame for the gator, who had a front row seat to the action. Fowler and playing partner Jason Day were even through four holes on Friday.