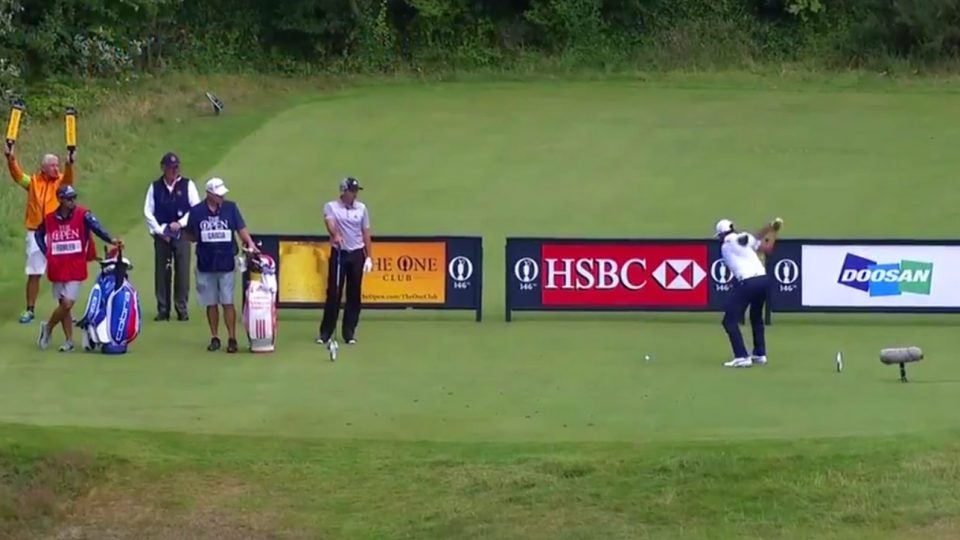 Fowler tees off on the par-4 5th hole in the third round of the 2017 Open Championship.

It seems like the entire field is taking advantage of perfect scoring conditions in the third round at Royal Birkdale, with birdies and eagles dropping across the course. Rickie Fowler, on the other hand, got off to a slow start — until he reached the short par-4 5th hole.

After opening his round with four straight pars, Fowler chose to hit driver. With the tees moved up for Saturday, the green was driveable at just 310 yards. Fowler’s shot dropped in the middle of the putting surface, took a high bounce and tracked directly toward the hole before narrowly missing on the right side.

Fowler tapped in for eagle, moving him to two under for the tournament through five holes.