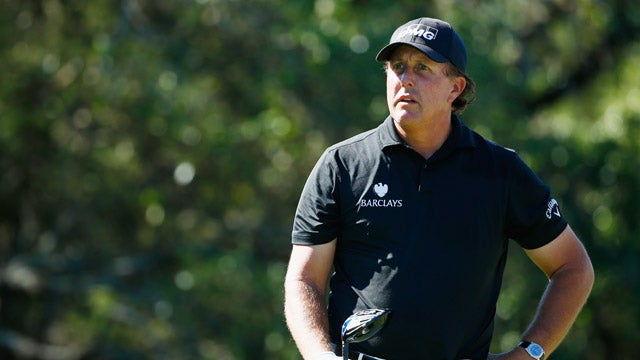 Phil Mickelson prepares to tee off on the 12th hole during the second round of the Valero Texas Open at TPC San Antonio AT&T Oaks Course on April 22, 2016 in San Antonio, Texas.
Getty Images

Phil Mickelson is still in the midst of a post-Masters hangover.

In his first event since missing the cut at the season’s first major, Mickelson is at the Valero Texas Open. As one of the few big names in the field, this should have been a confidence booster entering the summer. Instead, it looks like Mickelson will exit early after an opening round 77…but not without treating spectators to some highlights first.

In the second round, Mickelson pulled his ball way left into the trees on the par-4 6th. After clearing the crowds, Lefty rewards the nearby marshal by buzzing his head with his pitch shot. Luckily the marshal’s cat-like reflexes kicked in, allowing him to duck and miss being beaned in the brain by the ball.

Here is the unfortunate Shot Tracker view of Mickelson’s punch-out.