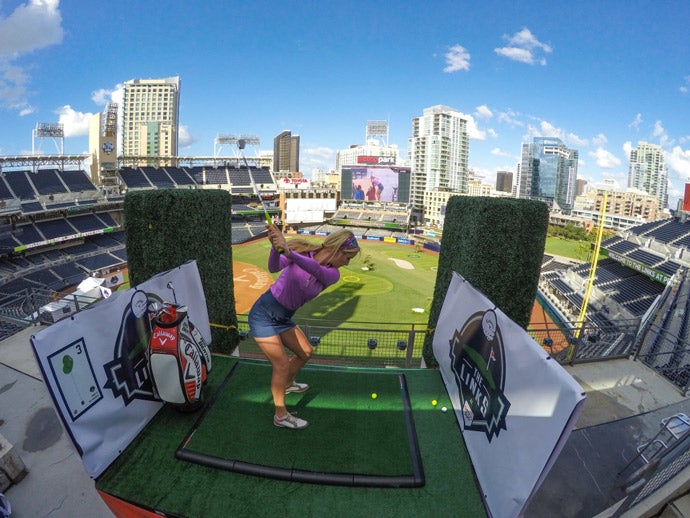 The Links at Petco Park had a special guest during the five days golf was open for play at the home of the San Diego Padres. Paige Spiranac visited with SkratchTV and Callaway for nine holes, some competition and trick shots.

The course, as you’ll see in the video, had themed holes like Bad Weather Hole, Golf Movies Hole and Callaway Hole.

It was on that final Callaway Hole that Spiranac was challenged by AJ Voelpel, an editor at Callaway, in a closest to the pin competition. Rest assured, she won. Her trick-shot attempts, though, didn’t go quite as well. Take a look for yourself.

Have fun with @PaigeSpiranac playing a round of golf inside the ballpark #TheLinksAtPetco @CallawayGolf @GoPro https://t.co/dIdsnCbu0Q