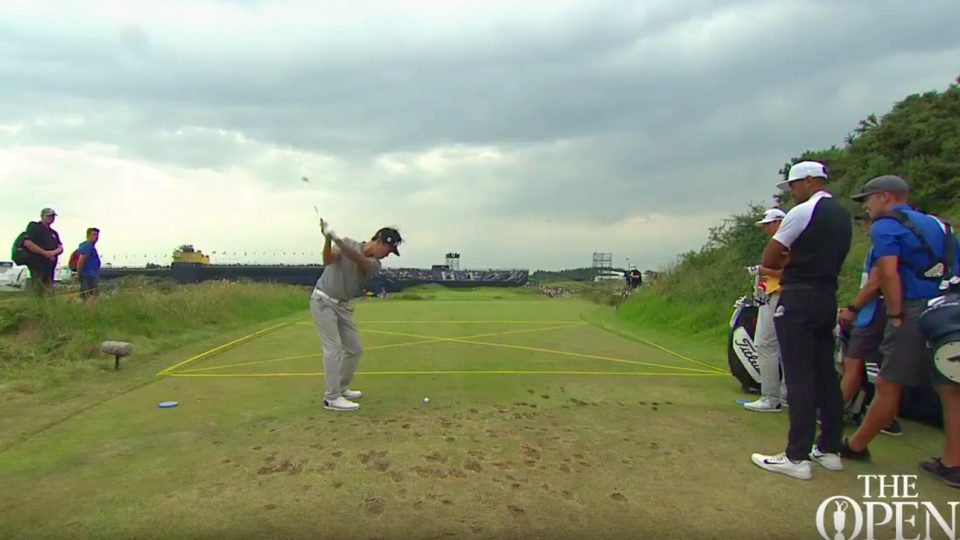 The first round of the 2017 Open Championship at Royal Birkdale kicks off in the wee hours (if you’re in the United States) of Thursday morning. But the players have been testing the course all week, and on Wednesday Kevin Na seemed to have the par-3 14th hole all figured out.

Playing his final practice round, Na swiped an iron on the short 200-yard par-3 that landed on the front of the green before rolling into the hole.

You can watch Na’s shot and the ensuing celebration below, and be sure to keep an eye on the 14th hole during the tournament to see if anyone can recreate Na’s ace when it counts.

“OOOOOOOOO BABY!”. Kevin Na with the first ace of the week on the 14th! #TheOpen pic.twitter.com/ZHH4mnpxxF