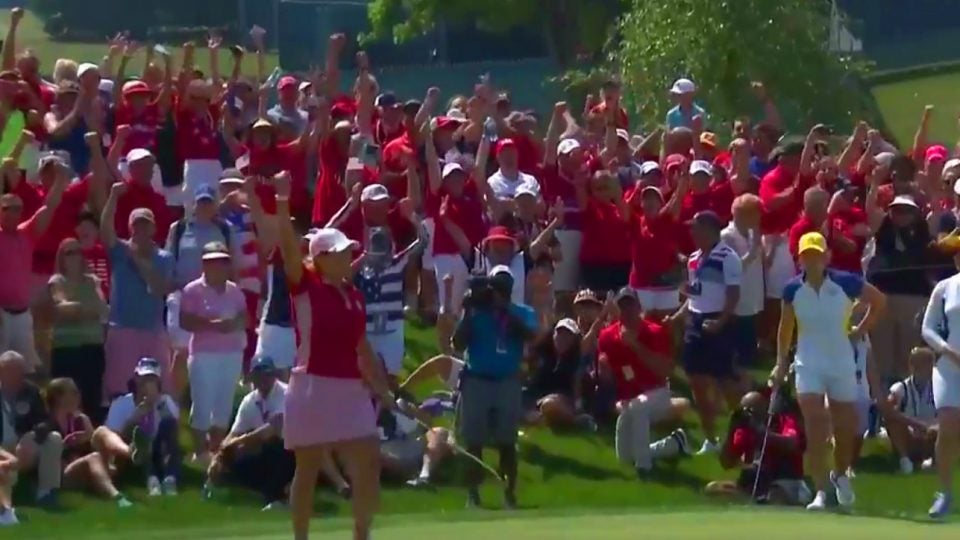 Kerr's putt on the 18th sent the U.S. fans into a frenzy.
@GolfChannel

Cristie Kerr ended the opening match of the 2017 Solheim Cup in style.

Kerr and teammate Lexi Thompson were 1-down to the European team of Mel Reid and Charley Hull on the par-4 18th hole. Thompson, who had made a clutch eight-footer on 17 to extend the match, continued her heroics by sticking her iron approach into the final green.

That’s when Kerr went to work. She lined up her birdie try, made a confident stroke and then walked in the putt with her fist raised in the air. As the home crowd went into a frenzy, Kerr celebrated with an embrace of Thompson and punctuated the moment with what appeared to be some colorful language. The clutch putt halved the match, giving the U.S. an unlikely 1/2 point considering Kerr and Thompson were 2-down with two holes to play.

Now that’s how you finish a match!