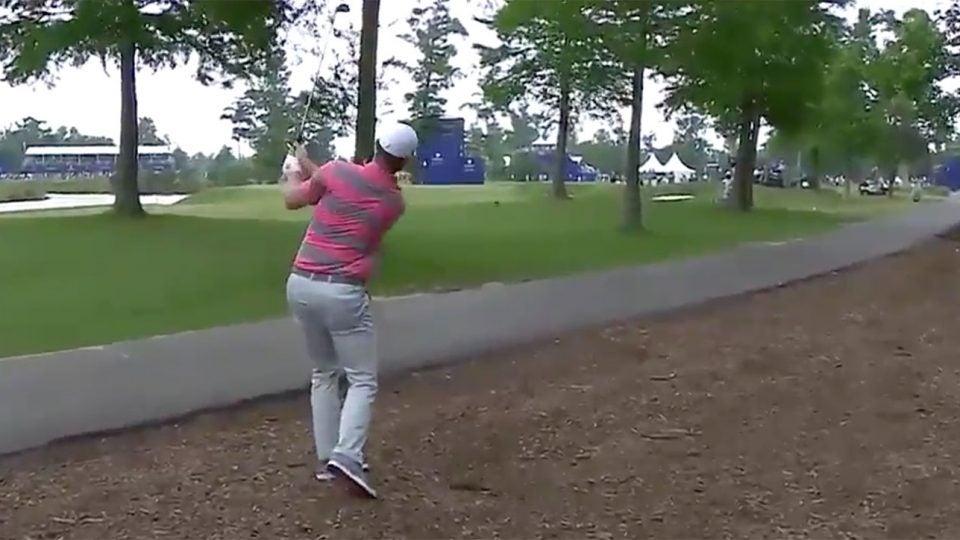 Duck! Justin Rose's second shot at the 16th hole ricocheted off a tree at the Zurich Classic.
Twitter/PGATOUR

Justin Rose nearly razed some spectator and media members’ heads during Round 2 of the Zurich Classic Friday.

Grinding over his second shot from the pine straw on the par-4 16th, Rose’s shot narrowly missed the gap between the trees, richocheting off a tree backwards and away from the fairway.

Thanks to some quick maneuvering, nobody was hit by Rose’s errant shot. Rose’s partner Henrik Stenson, thankfully, came to his teammate’s rescue with a birdie.

The Olympic medalists are one shot out of the cutline.

So much for 90 percent air. #QuickHits pic.twitter.com/wj9fjjTp5O