WATCH: Jon Rahm shows off a ‘squat flop shot’ on the range 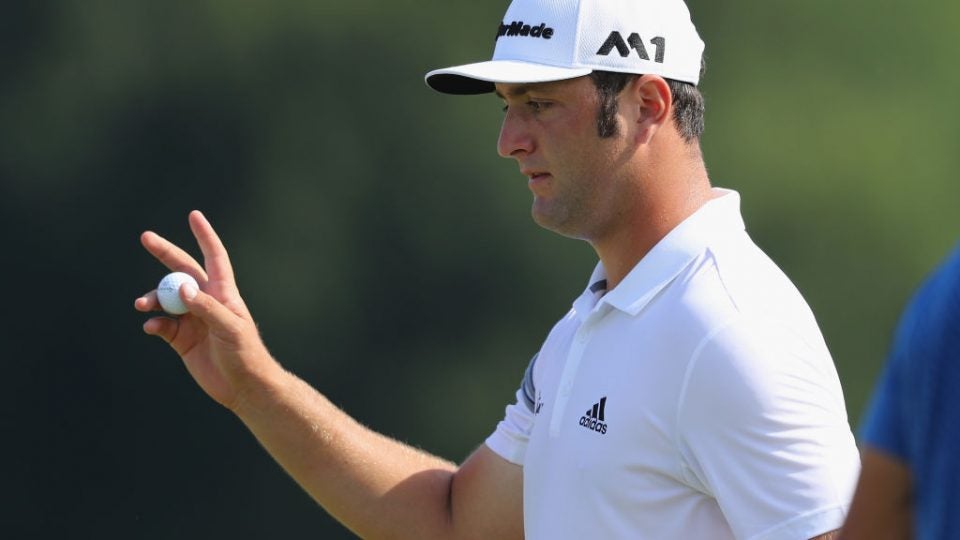 CHARLOTTE, NC - AUGUST 11: Jon Rahm of Spain reacts to his putt on the 16th hole during the second round of the 2017 PGA Championship at Quail Hollow Club on August 11, 2017 in Charlotte, North Carolina. (Photo by Warren Little/Getty Images)

Jon Rahm is impressing fans on the range with an unusual squatting flop shot. The PGA Tour posted video of the Spanish phenom showing off this quirky move with a 4-iron, captioning the footage, “Serious question, @JonRahmpga … What is this?”

This isn’t the first time that Rahm’s publicly practiced this shot. In July, Sky Sports wrote about Rahm’s skills at the British Open Zone ahead of the Open Championship at Royal Birkdale. They attributed the trick’s origins to the legendary Seve Ballesteros. Rahm told the BBC last month that while he’d never live up to Ballesteros’s “unique, special” talent, he hoped to emulate his hero.  “He’s a great idol of mine and I try to emulate a lot of things he used to do, and a lot of that is the inspirational power he had, the way he brought masses together and people together.”

​Rahm is in Massachusetts this week for the Dell Technologies Championship at TPC Boston.