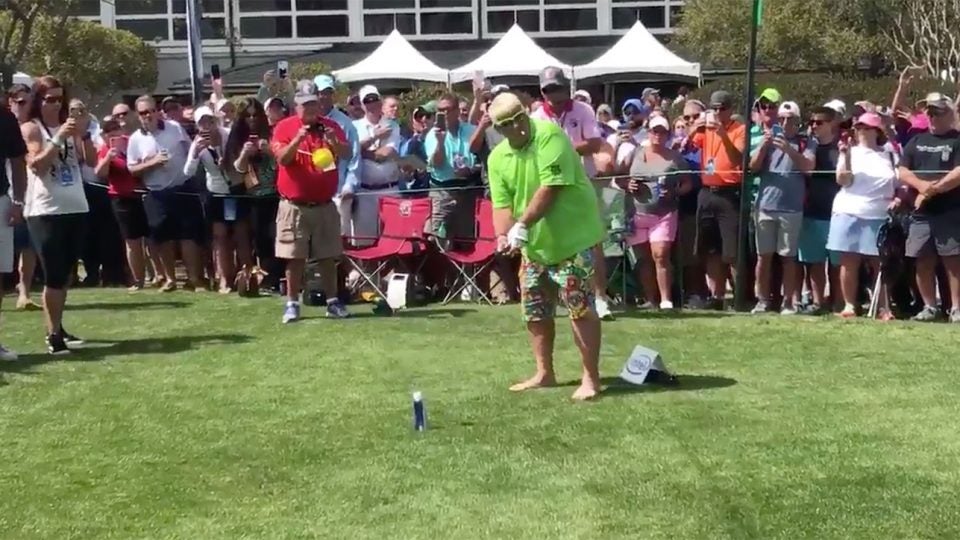 John Daly smashes a drive off a beer can at a Myrtle Beach fundraiser.
Twitter/MB_GolfHoliday

John Daly is at it again. During a fundraising event in Myrtle Beach, S.C., Monday after the Masters, Daly entertained fans by doing what he has done for years: ripping a drive while consuming some sort of alcoholic beverage.

Assuming his standard address position, cigarette loaded in his mouth, Daly teed a ball up on a beer can and smashed a drive in front of hundreds of delighted fans. But, of course, Daly wasn’t done just yet.

Never the one to let a beer go to waste, Daly deftly picked up the overturned can and finished off the beer to the applause of the crowd. He did it all while rolling bare-foot. Check out the classic Daly act below.

WATCH @PGA_JohnDaly smash a ball off a beer can and then chug it. All while barefoot. #MAM2017 #myrtlebeachgolf #bossstatus pic.twitter.com/QIIik19C1S