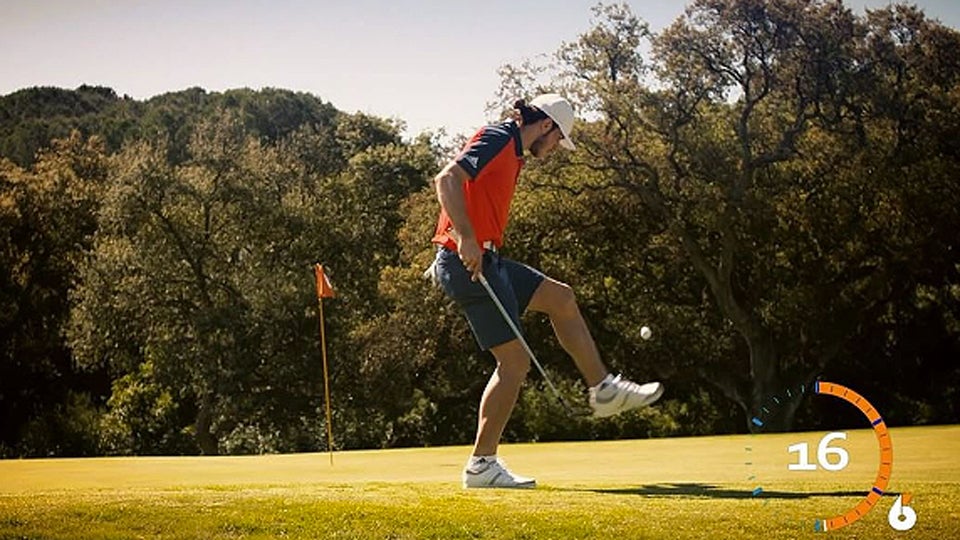 Gareth Bale doesn't care if it's a soccer ball or a golf ball, he will juggle it.
Via Instagram

Gareth Bale can do things with a soccer ball few in the world can match. Turns out, he can do it with a golf ball, too.

Bale, a Real Madrid star from Wales, has been a huge proponent of the #Sprint6Golf campaign, a way to get people interested in the game of golf by speeding up play.

Essentially, you have a shot clock and attempt to play six holes as fast as you can.

As part of the campaign, Bale posted a video on his instagram of him attempting to juggle a golf ball with his feet, and his club, for 30 seconds — the same length as the shot clock.

They don’t call it “footie” for nothing.

How good can your golf be in 30 seconds? Post your videos to @SPRINT6GOLF#GetReadyToPlayhttps://t.co/ANWeaxmjOX