WATCH: Emotions spill out as Chesson Hadley wins to head back to the PGA Tour 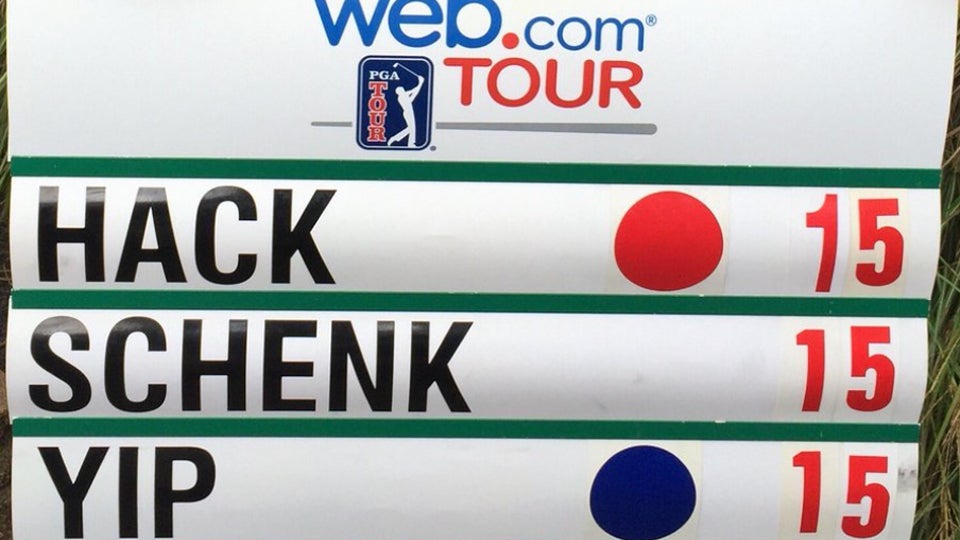 CLYMER, N.Y. (AP) — Chesson Hadley shot a 7-under 65 on Sunday for a one-stroke victory over Beau Hossler in the Web.com Tour’s LECOM Health Challenge.

“That was the goal this year,” said Hadley, who finished 159th last season in the PGA Tour’s FedExCup standings. “I know I had tour status, it’s not great tour status, but it’s still tour status, which is always a positive. I wanted to lock my card up and once I did that I was going to go chase some tour starts.”

“It’s been a long time since I’ve won,” Hadley said. “Gosh, that’s almost three years, and I’ve went to the bottom. Winning on tour and rookie of the year. You do this, do that and you start to spiral, lose your confidence and get negative. I’ve gone from the top to the bottom and it doesn’t take long.”

Hossler closed with a 64. Making his fourth tour start, the 22-year-old former University of Texas player birdied the final two holes for a back-nine 30.

“You want to be leading by 100 and just cruise on in,” Hadley said. “You look at the scoreboard and you see Beau is at 21 under. You can never take the foot off the pedal That’s the thing out here.”

It’s been an emotional journey for @ChessonHadley.

But after his @LECOMHC win, he’s headed back to the TOUR. pic.twitter.com/tweuDHyrzF