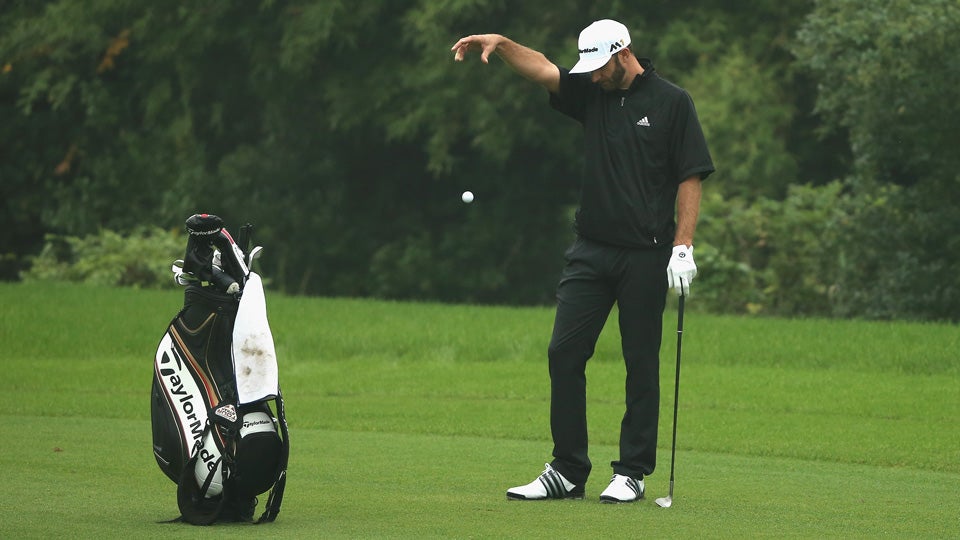 Dustin Johnson had one of the worst breaks of the week during the final round of the WGC-HSBC Champions on Sunday in Shanghai, and it cost him a couple of spots — and a bunch of cash — on the leaderboard.

Hitting his approach shot on the par-5 eighth hole, Johnson’s shot ricocheted off the flag — Apparently it was too accurate? — and spun off the green. To make it worse, it spun all the way off the putting surface, rolled down a hill and into the water.

Cruel indeed. DJ dropped and made double-bogey and finished T5 at 16-under, four strokes behind winner Russell Knox.

You can watch the shot below. The crowd reaction says it all.

This is the unluckiest break of the week. Golf is hard. #QuickHits https://t.co/sw4cygJyCi