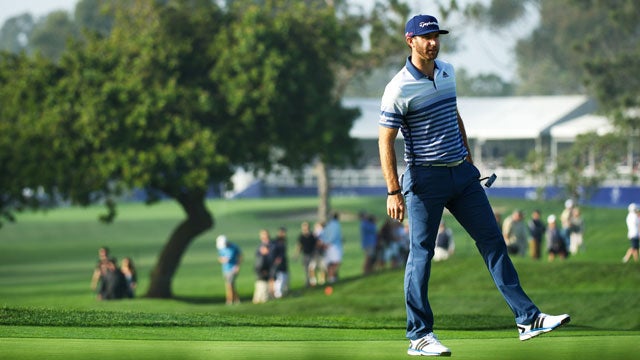 ﻿Dustin Johnson is routinely one of the longest off the tee on the PGA Tour.

Turns out he can hit the ball a mile even when it’s not teed up for him.

Johnson tweeted a video of him crushing a ball with his driver Wednesday in Myrtle Beach, and the ball was served up to him after a couple of well-timed iron taps.

He was hanging out with the Bryan Brothers, who know quite a bit about trick shots.

Check out the video below. Hopefully Johnson gets a little more practice in (with the ball on the ground) before his next event on Tour. But if not, we’re fine watching more shots like this, too.