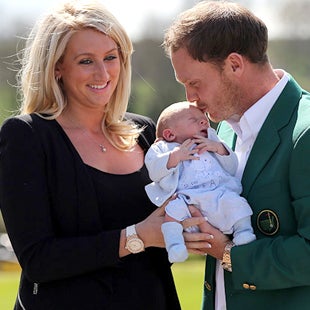 The first hole at Augusta National has not been kind to Danny Willett.

The Englishman began his title defense with a double bogey Thursday afternoon and followed it up with a quadruple bogey early Friday morning, the culprit being a hard shank on his second shot.

Willett had flared his drive a bit right and was forced to play from an awkward spot, with his heels dangling over the edge of a bunker. As you can see in the video below, Protracer would not have been his friend here. The quad would move him to five over for the event. He’d turn to the back nine at six over.