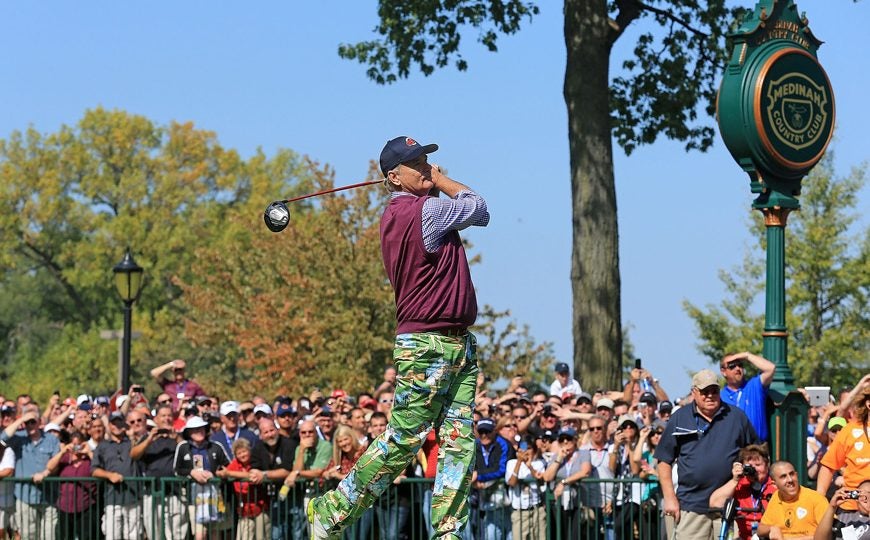 The RSM Classic went to a five-man playoff after 72 holes, as Henrik Norlander, Blayne Barber, Mackenzie Hughes, Camilo Villegas and Billy Horschel were all tied at 17 under.

All five players missed their birdie putts on the first playoff hole, but they all had short — and nervy — putts for par to extend the playoff. That’s when Horschel made the five-man playoff a four-man event. (It will be finished on Monday.)

Check out Horschel’s short miss below. Nerves? Did he just push it right away? All we know is that golf is cruel.

They say you learn more from losses than wins. I believe it’s true. For me, I didn’t take my time over that short putt. Simple as that.