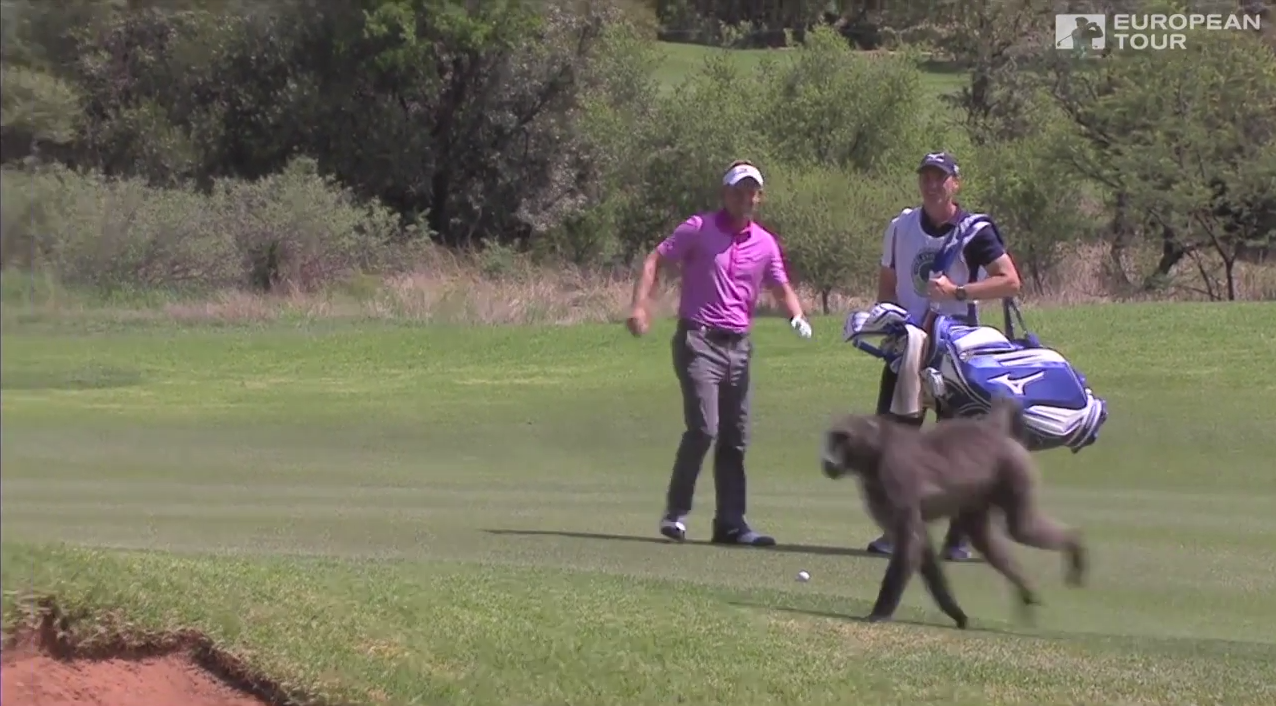 Luke Donald’s nine-under 63 Friday at the Nedbank Golf Challenge, the first event of the 2014-15 European Tour season, wasn’t the only thing he had to smile about in the second round.

The Englishman scampered off a shot when a baboon came prancing down the fairway at Gary Player CC in Sun City, South Africa. Check out the video below.

Apparently, the group of Donald, Shane Lowry and Thongchai Jaidee was not playing quickly enough for the baboon, who decided to play through.

Donald would make nine birdies in 14 holes and take a two-shot lead through 36 holes over Ross Fisher at 10-under. The 36-year-old Englishman has only one top-10 on the European Tour in 2014 (T3 at the BMW PGA Championship) and hadn’t shot 63 on the tour since the third round of the Alfred Dunhill Links Championship in October of 2011.