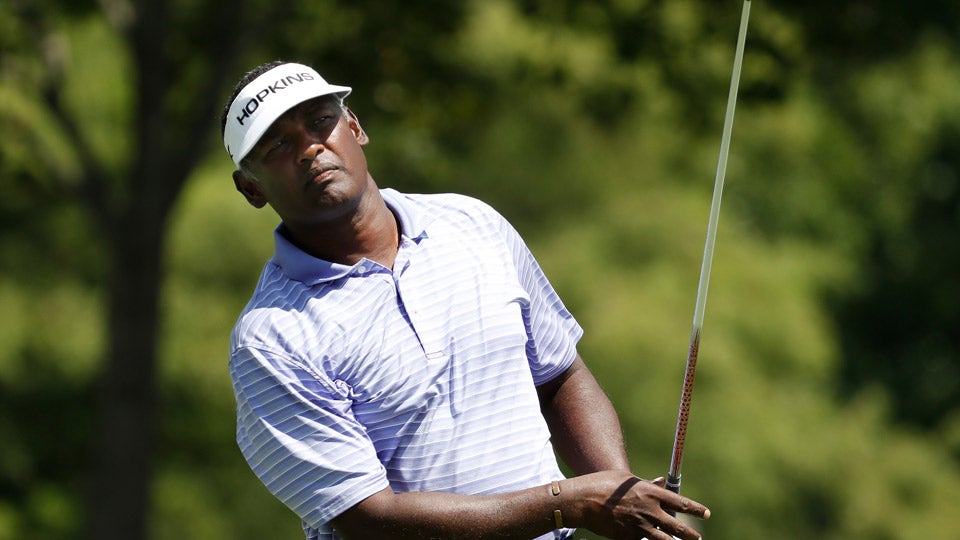 Vijay Singh during the first round of the 2016 U.S. Senior Open.
Getty Images

UPPER ARLINGTON, Ohio (AP) — Vijay Singh rebounded from a bad shot on the 17th to birdie the final hole Thursday and take a two-stroke lead after the first round of the U.S. Senior Open.

Still playing full-time on the PGA Tour at age 53, the big Fijian shot a 4-under 66 on a hot and humid afternoon at Scioto Country Club in suburban Columbus.

Defending champion Jeff Maggert had a 70. He won last year at Del Paso in California.

Bernhard Langer opened with a 73.