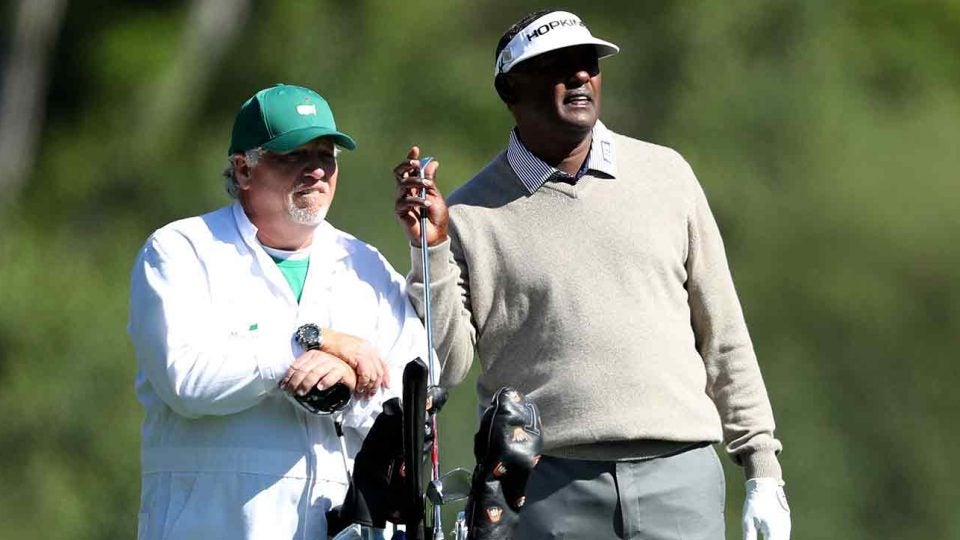 Vijay Singh and Kip Henley worked together at the Masters, but their relationship didn't last much longer after Augusta.
Getty Images

Not long after Vijay Singh finished his final round at the Players Championship Sunday, he and veteran PGA Tour caddie Kip Henley went their separate ways.

“Life’s filled with tough decisions,” Henley tweeted on Sunday. “I just made one an hour ago. I am seeking gainful employment. Pleas (sic) don’t ask for details.”

The 54-year-old Singh made headlines by playing to within three of the lead after 36 holes, but he fell off the pace with a seven-over 79 Saturday. He shot 70 Sunday and tied for 16th.

Singh and Henley started working together in March. Before the Players, Singh had missed seven consecutive cuts (although Henley wasn’t on the bag for all of them).

Life’s filled with tough decisions.I just made one an hour ago.I am seeking gainful employment.Pleas don’t ask for details.

I have zero ill will toward VJ. Sometimes the caddy player relationship can be a strenuous thing. He’s going to keep winning without me.