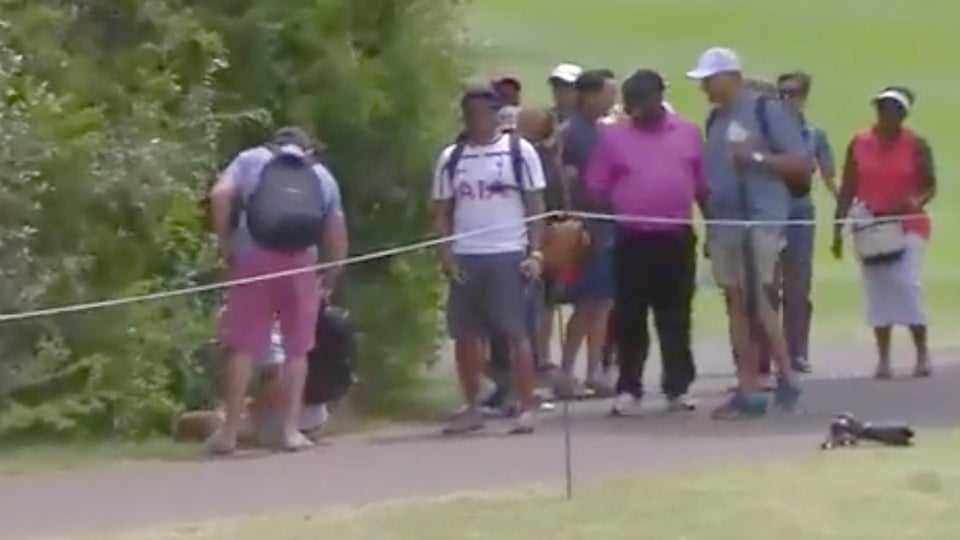 This video is pretty simple, so we will get right to the point.

Thomas Aiken was preparing to hit a shot during the second round of the Nedbank Golf Challenge, the second leg of the European tour Final Series, but he first had to wait for a few fans to move. As one tried to get out of the way, he fell awkwardly off the path and into the bushes (he walked if off). To make it even worse for the poor guy, Aiken and the gallery watching all burst into laughter. You can watch the video below.

Fan falls into a bush… Everyone laughs.