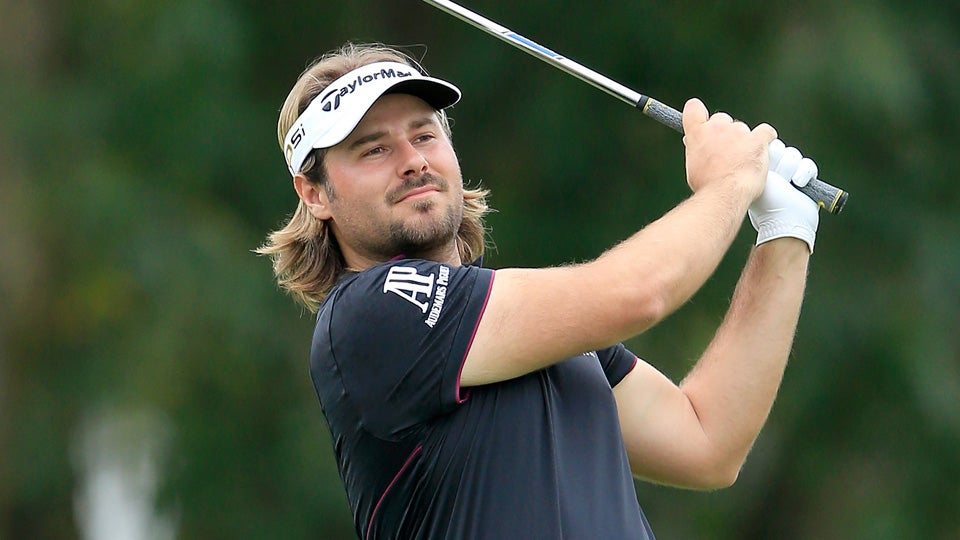 Victor Dubuisson plays his second shot on the second hole during the third round of the 2016 WGC-Cadillac Championship.
Getty Images

Victor Dubuisson never got on track at the WGC-Cadillac Championship at Trump National Doral, shooting 72 twice, a 73 and a Saturday 80. He finished 9-over and T52.

Even though he shot a 72 on Sunday — which was far from Steven Bowditch’s four rounds in the 80s — one shot in particular must have set him off, and Dubuisson went after his bag.

The best part of the meltdown is that even after he initially settles down after taking some hacks with his club, he decides he needs to kick the bag once more for good measure.

When you find out Trump is going to be on the property. pic.twitter.com/PJ0Ri6QdW6