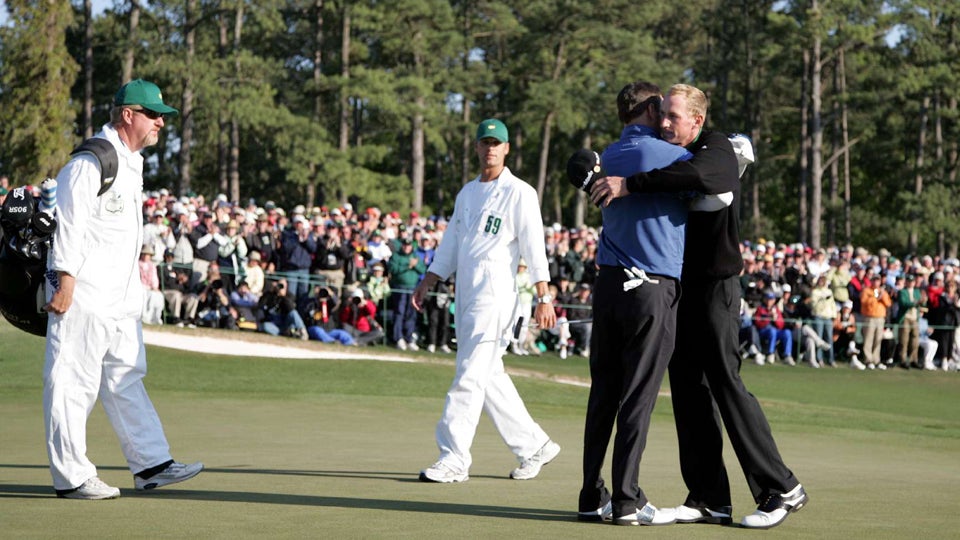 Of all the unlikely storylines unfolding at this year’s Masters, Vaughn Taylor’s might be the most improbable. Taylor landed at the tournament by way of a stunning victory at Pebble Beach back in February. He had been winless since 2005; he hasn’t played the Masters since 2008.

Being back at the Masters is a sweet kind of homecoming for the Augusta native, one that he is savoring more than most. Just a week before his triumph at Pebble, he said he had hit rock bottom. In a press conference on Monday, Taylor talked about the ups and downs of his career over the past several years:

“I’d say the low point was probably the week before Pebble (laughter),” he said. “I got really sick in Bogotá, had a stomach virus. You know, I was playing on conditional status on the Web and we played like four or five holes, got a rain delay on Thursday. Started feeling sick in the afternoon and just felt terrible that night. I was just laying in bed just praying for it to stop. It was just a combination of where I was, how I was feeling and what status I had. And felt a lot of pressure heading into Pebble, because I knew it was going to be one of my few Tour starts of the year, and it was tough, a tough couple days there in Bogotá.”

MORE TAYLOR: Augusta Native Back in the Field

What have the years of struggle (and sudden breakthrough) taught him? “Always believe, always believe in yourself, no matter what your game feels like or where you’re playing and what’s going on.” In 2015, Taylor watched the Masters from the sidelines with his wife and toddler son. What a difference a year makes.