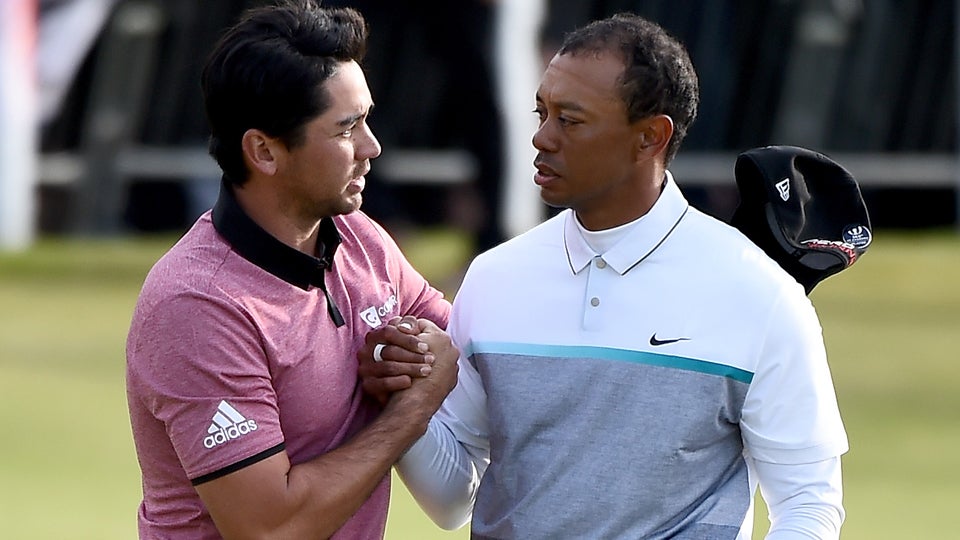 While you’re feeling sorry for yourself for not being a professional golfer who’s playing for a $10 million FedEx Cup bonus this week (yeah, you coulda been a contender instead of getting one-way ticket to Palookaville) at the Tour Championship, dive into the Van Cynical Mailbag and pull yourself up by your bootstraps… or something:

Hey, Van Cynical, With Serena Williams losing the U.S. Open, is the path clear for Jordan Spieth to be SI’s Sportsperson of the Year?—LannyHGolf via Twitter

I like the way you used the politically gender-neutral term Sportsperson, Lanyard. My knee-jerk reaction was to say Caitlyn Jenner but yes, you are correct that Spieth is a leading candidate for Sportsman of the Year, as SI still calls it. But in the world of political correctness in the magazine biz, I’m going to say the U.S. women’s soccer team (maybe the whole team?) is the leader in the clubhouse, with Spieth and American Pharoah second by a nose.

Hey, Cynical Guy, Who is this Jason Day character and how did he got a hold of my golf swing?—Brian Bailey via Twitter

I suspect corporate espionage, Bailjumper. Or stolen identity. I recommend contacting your attorney. He definitely stole that one-eye open look that is your trademark right before you doze off on the couch during a rerun of “Rizzoli & Isles.”

Van Shanksalot, Jason Day is the best player in the world right now. But will he concede a 12-inch putt to Jordan Spieth in the Prez Cup?—Klaugh56 via Twitter

After watching Spieth get a little shaky on the short ones at Conway Farms last week, maybe not. But I guarantee he won’t walk off the green before Spieth putts, as Suzann Pettersen did in the Solheim Cup.

Van Cynical, Any truth to the rumor that Jay Haas and Nick Price have agreed to use the phrase, “I hereby offer a concession for that putt?”—David Troyan via Twitter

No but they did agree that serving Fritos with the Sloppy Joe’s for lunch between matches was too much. They’re going to go with the applesauce instead.

Custom Vans, Jason Day is the closest thing to Tiger Woods we have seen yet. Singular focus (unlike Rors), can overpower the course (unlike Jordo) and the putter.—CB via Twitter

You’re preaching to the choir, CB, good buddy, ten-four. All he needs now is a couple of knee surgeries and two successful back surgeries. You mean the doc or Tiger, Troy-toy? I’d be worried if I was the doc because I’d be wondering what I did the first time around that Tiger needed a second procedure. Stats say that a second back surgery makes a third surgery more likely. I got that inside dope from Debbie Downer Her Own Self.

You may also like The World’s Most Expensive Golf Clubs

Sickle seller, Shouldn’t the FedEx finals be played in fivesomes at an emergency-nine, hit-when-ready pace to add to the drama?—Ken Webb via Twitter

I hate to disagree, Webbslinger, but there’s a word that should be banned from golf—fivesomes! Like the game isn’t slow enough already. Nothing good ever happened in a fivesome—well, a fivesome on a golf course.

Nah. I’m lousy at keeping secrets, Polecat. Like I’m not supposed to tell anyone that I’m the guy Carly Simon wrote about in “You’re So Vain.” Whoops! See?

Sicks, Do you think the Pope will take time out of his American visit to watch the Tour Championship this weekend?—Kirby via email

I doubt it, Kirb Your Enthusiasm. Well, he might catch the end of the Tour Championship on Saturday when the golf ends early because His Eminence will surely tune in for the UMass versus Notre Dame tilt, if for no other reason than to catch a glimpse of Touchdown Jesus and First Down Moses.

Yo yo yo, Van Cyclical, Aside from leaving Atlanta, what’s the best part of your trip to Atlanta for the Tour Championship?—Evelyn Martin via email

The part where they hand me $10 million for being the FedEx Cup Golf Writer of the Year. I’d like to thank all the little people who made it possible, too, whoever they were. And also my agent, Rocky. Why do you ask? I didn’t read that FedEx Cup press release wrong, did I?