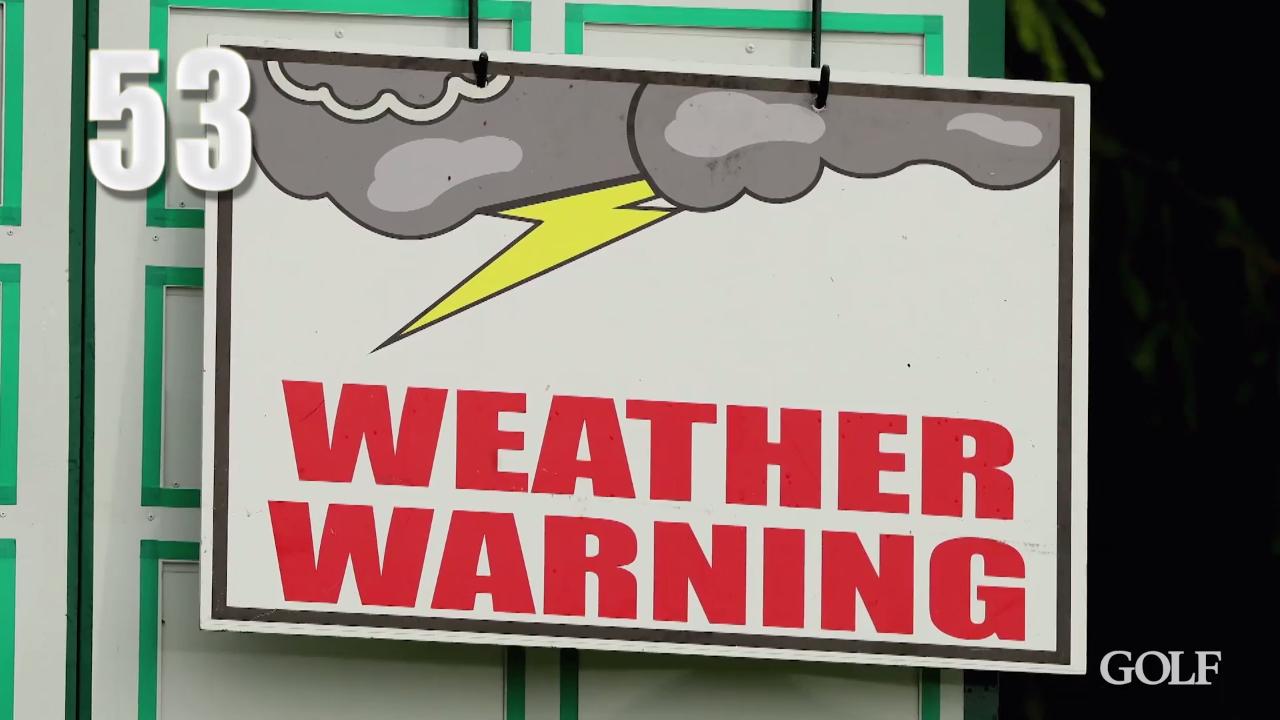 Severe weather chased players from the course three times in the opening round of the 116th U.S. Open at Oakmont, so the tee times they are a-changin’.

After only nine players completed Round 1 on Thursday, the round resumed early Friday morning with Andrew Landry draining a final-hole birdie to post the early lead at four under. The second wave of the first round, featuring World No. 1 Jason Day, began at 8 a.m. EST.

The USGA further updated its schedule on Friday morning: the first wave of the second round will begin at 2:30 p.m. EST this afternoon, while the start of the afternoon wave (a total of 78 players) will be pushed back to 7:30 a.m. EST Saturday morning.

Those who make the cut will turn around and go back out in the afternoon for their third round, which is scheduled to begin at 1:45 p.m. EST on Saturday with players teeing off in threesomes on the first and 10th tees.

USGA officials say they are still on track for a Sunday finish – barring a playoff, of course – with the forecast showing sunny and hot with no rain.