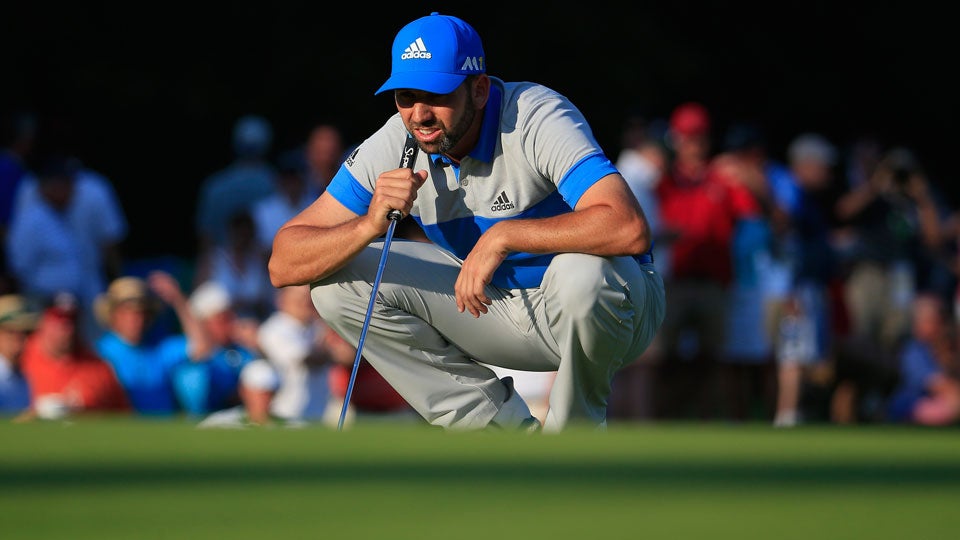 A talented veteran with too many runner-up finishes to his name finally shook off the nearly-man label and captured his first major title in a final round filled with both drama and controversy.

And it wasn’t Sergio Garcia.

The Spaniard fell short yet again on the major stage in his latest bid for history, carding an even-par 70 on Sunday to finish four strokes back of Dustin Johnson, who stole the spotlight Garcia has been striving for since he burst onto the scene as a fresh-faced 19-year-old at the 1999 PGA Championship.

Johnson’s breakthrough win leaves Garcia alone atop the most reviled ranking in golf — Best Player Never to Win a Major — and at 36 years old, Garcia must know that his chances to break free of the footnotes are running few.

“I think, for me, it is very hard to keep putting yourself in that situation,” Garcia said. “And that always shows me a lot for myself.”

The round was not without its fireworks. Garcia drained back-to-back birdies on the 4th and 5th to pull within two shots of Irishman Shane Lowry’s shrinking lead. But he hooked his tee shot on par-three 8th into a bunker on the far side of the green and faced a tricky up and down to save par.

He holed his chip from the bunker and celebrated with a vintage El Nino fist pump.

Garcia added another birdie with a long curling putt on the par-three 13th to pull even closer to the lead. That’s where the run ended.

He misjudged a downhill putt on a slippery green on the 14th, leading to the first of three consecutive bogeys that would drop him from contention. After the round, he called it a “mental error,” and then admitted that his ambition may have got the better of him.

“Got too greedy,” Garcia said. Who could blame him?

“It’s been a while since I’ve been in a major four rounds out there in contention,” Garcia said. “So it was great. Unfortunately came up a little bit short, but I’m still happy with it.”

After all, he said, forces beyond his control might be in play.

“I just got to keep putting myself in this situation and at some point in time, I’m sure that the coin will fall on heads instead of tails,” he said.