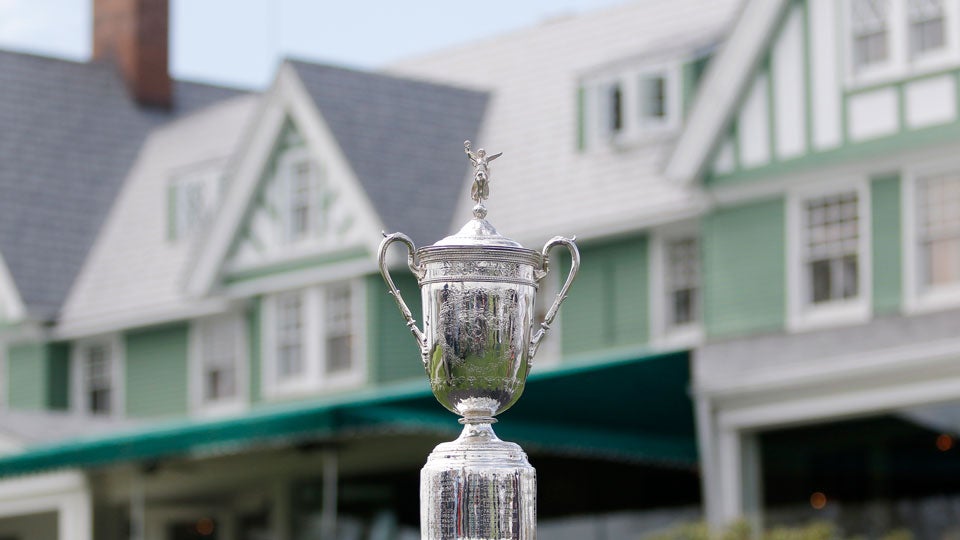 You are now entering The Oakmont Zone. United States Open thoughts only, and please, no mention of the P-word. (Playoff.) Shhhh! What did I just say?

The state of golf: Pennsylvania native Jim Furyk told me at the Memorial Tournament that he’s looking forward to playing his last major in his home state, which was a little surprising to hear. You don’t think of Furyk being that late into his career but then again, he is 46. Maybe he doesn’t seem that old because he has looked the same for 10 years.

“It’s penal, it’s tough,” he added. “The layout is as hard as I’ve ever seen. Add the Open conditions, you have to be on top of your game. You can play well there and shoot 76. It kind of has a way of snowballing on you. I look forward to going there but I’m cautiously guarded because I know how tough it is.”

The one and only: Jason Day, the No. 1 player in the world, has played only one round at Oakmont but he planned to go in for a few practice spins before next week’s Open. He played there 10 years ago with his manager, Pittsburgh-area resident Bud Martin, who happens to be an Oakmont member.

“My initial reaction was about how hard and fast the greens were,” Day said. “And it was just a normal day, no tournament. I couldn’t get over it. I got to the eighth hole, the 290-yard par 3, and I’m like, What? I’ve never seen a 290-yard par 3 in my life. It really surprised me how difficult the course was. I shot 76 or 77 and thought, Man, this is a brutal golf course.”

Martin beat his client that day. His booty: an autographed one-dollar bill. Day’s goal this week? To win back that signed bill. Play hard, gentlemen.

The right rough stuff: There’s always a chance that Oakmont might use its mowers in a kindly manner before the U.S. Open but, no, of course I’m just kidding.

Here’s more from Furyk about his Oakmont visit:

“The fairways are at a big canter, the bunkers are like British Open bunkers, you don’t have a shot to the green most of the time and the greens aren’t receptive, they’re usually sloped hard in one direction. Like on the first hole, you might as well hit it over and green and chip back up the slope. It’s tough even without U.S. Open conditions.

He knows Jack: Jack Nicklaus hasn’t forgotten about the tribulations of trying to win a major championship and he tells a story about it by way of trying to explain Jordan Spieth’s Masters disaster at Amen Corner in April.

“In 1960, I was 20 years old and leading the U.S. Open,” Nicklaus said. “I was leading the Open and playing with Ben Hogan. I had a very good chance to win, nine holes to go. I was still leading with six holes to play. I looked at a leaderboard, which had Hogan, Arnold Palmer, Mike Souchak, Ted Kroll and Jack Fleck one shot behind me. And I proceeded to fall apart like a three-dollar suitcase. I three-putted 13, three-putted 14, missed a couple of short birdie putts and bogeyed the last hole to lose by two shots.

“I would have loved to win that tournament, but maybe the best thing that ever happened to me was the learning experience. Did it destroy my life? No. And it won’t destroy Jordan’s life.

“I came back and in ’63, I was trying to win my first British Open. And I had what I thought was a two-shot lead with two holes to play at Lytham. I remember it like it was yesterday. I had a shot off the tee in perfect position. I had 212 yards to the hole. Pin was at the back of the green. And my caddy, Jimmy Dickinson, says, 3-iron is plenty. I said, No, I can’t get 3-iron back there. Jimmy said, You don’t need to. I wasn’t smart, I was too young. So I hit 2-iron through the green and didn’t get up and down. I made bogey, and bogeyed the last hole. I lost the tournament by a shot. I learned from that. But you have to make that mistake to learn it.”

Parting shot: One last thing from Furyk about Oakmont from his memories of 1994 and 2007, when Oakmont last hosted men’s Opens. “The only thing you could argue about the setup in 2007 was the length of the rough and how penal it was,” he said. “In ’94, the course was unplayable on Monday, Tuesday and Wednesday. I couldn’t have broken 80. It rained Wednesday night and that was the only thing that made the course playable. The length of rough was brutal in ’07 and it’s not going to be any better this year, I can promise you that.”