US Open 2016: Oakmont’s 17 Could Make or Break Contenders 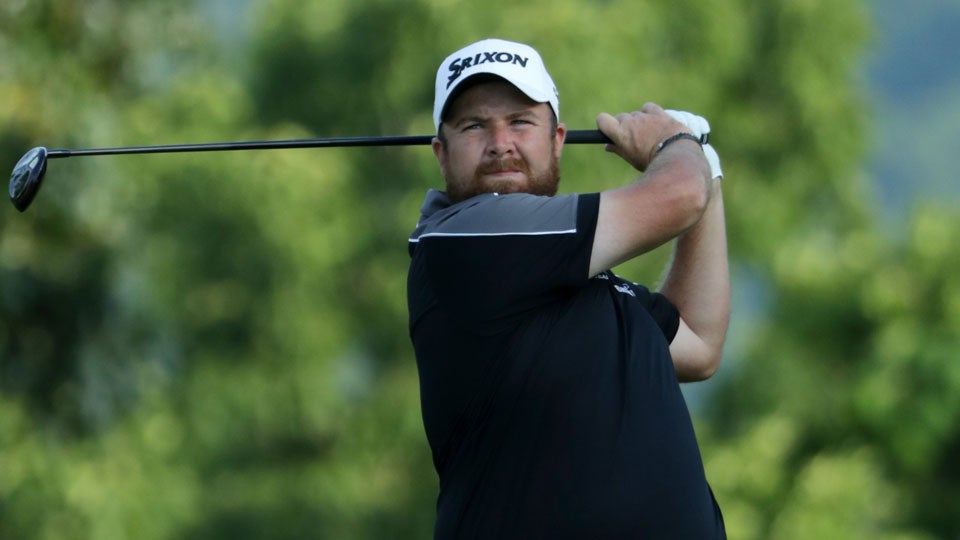 The 54-hole leader, Shane Lowry, chose driver off the 17th tee during a continuation of the third round on Sunday morning.
Getty Images

As it did in 2007, the 2016 U.S. Open could very well be determined by what takes place at Oakmont’s short par-4 17th. And that’s exactly what USGA executive director Mike Davis wanted.

Davis has tinkered with U.S. Open course setups for years to make sure there is at least a hole or two down the stretch where golfers will have to think under pressure. At Oakmont, it came ready-made — the 313-yard, par-4 17th has been tempting and torturing U.S. Open competitors for nearly a century.

In 1962, Phil Rodgers chose to go for the green with driver during the first round, only to hook it into the branches of an evergreen. He chose to try and hack it out, again, and again. He made a quadruple-bogey 8, and ultimately finished two shots shy of the Jack Nicklaus-Arnold Palmer playoff. The offending tree is now long gone.

More recently, Jim Furyk smashed an adrenaline-fueled drive on the 71st hole in 2007 into deep rough to the left of the green. With a birdie, Furyk would have grabbed the lead from Angel Cabrera; instead, the dense rough grabbed Furyk’s club and he failed to reach the green, leading to a bogey 5. Furyk would lose to Cabrera by one.

Yet, something is different about 17 this year. The decision-making process for the players remains in place, but it’s simply not as tough a call. Most players are smacking the big stick, and the numbers say they’re rewarded for doing so.

After three completed rounds, the overall scoring average for the week is 3.8515. In the third round alone, it was a shockingly low 3.5970. Each was significantly lower than hole’s 2007 average. Moreover, statistics revealed that players who chose to go for the green averaged about 3.8 strokes, while players who laid back in the fairway averaged slightly more than 4.2 strokes. Conclusion? Through three rounds, the rewards of going for the green far outweigh the risks.

Why is the 17th green that much more enticing this time around? Yes, the moisture from the hard rains on Thursday has rendered the putting surface more receptive. More significantly, however, is the absence of penal rough around the green. A former club champion at Oakmont gave me a close-up on Saturday afternoon. He pointed out the area where Furyk’s drive had landed that fateful Sunday in 2007, and I could see that the rough was nowhere near as severe today as it was then. The Oakmont member then pointed out that the rough had been extremely severe just prior to the tournament, but that it had been cut well back early in the week.

He also showed me how the rough leading down into the bunkers had been shorn. Balls were no longer going to get caught up on these slopes, leading to horribly awkward stances and frightening lies. This was the scenario that prompted daredevil Phil Mickelson to opine on Wednesday that under no circumstances would he try and drive the green. “There is no place around that green that is any good,” Mickelson said. “So I don’t care how far up the tee box is, I will lay up. Every hole out here plays over par. So to approach a hole from the tee thinking birdie is a mistake. There’s zero chance I will go for that green.”

Perhaps Lefty had 2007 on his mind, because in 2016, it’s clear that there are birdies to be had by going for the green.

It’s still fascinating to watch the the decision-making process of the game’s best players at the 17th. On Saturday, Gregory Bourdy needed to finish birdie-birdie to tie the U.S. Open record score of 63. After some deliberation, Bourdy chose an iron off the 17th tee, and found the fairway. He would hit a solid second shot, but his two-putt par put the record out of reach.

A little later, Jordan Spieth, fresh off a birdie at 16, chose driver at 17. He ripped what looked like a solid drive, but it tailed ever so slightly, finishing just short of the Big Mouth bunker. Bryson DeChambeau then uncorked a beauty, which took on the most risk, sailing over the short-left cluster of bunkers, and finished on the left edge of the green. The third member of the group, Zach Johnson, chose driver, but then the wind picked up, and he stepped back to confer with his caddie. He switched out the driver for an iron, then switched again, settling on a hybrid, which he flared badly into the right rough.

This trio crystalized the virtues of Oakmont’s 17 perfectly. Three different approaches, and they all wound up with par. The numbers in 2016 may tell us that it’s more rewarding to try and drive the green. Even so, what’s most critical is that there’s thinking to be done at 17. When the pressure of the U.S. Open reaches peak intensity, with two holes to play, we’ll be watching — and waiting — for that final decision.