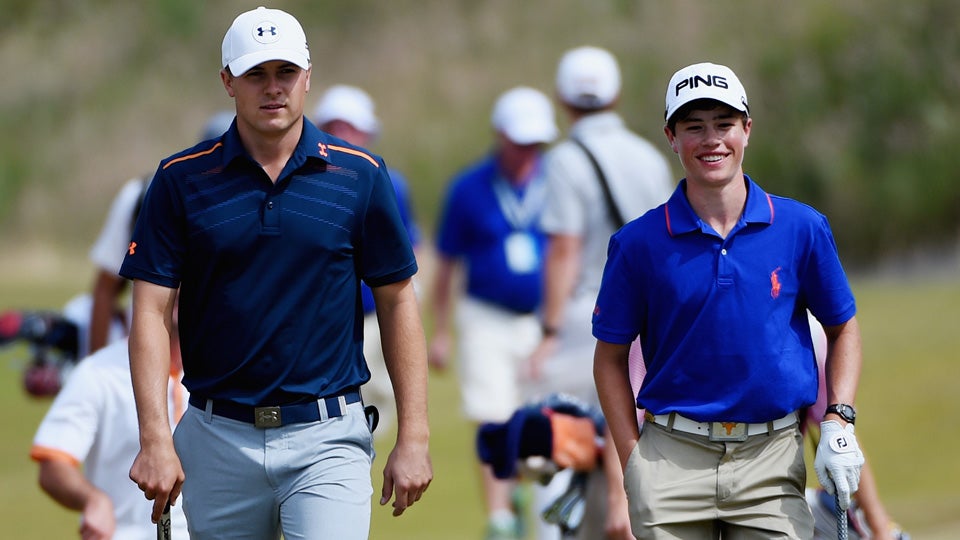 Cole Hammer (right) got to play a practice round with Masters champion and fellow Texan Jordan Spieth on Monday.
Getty Images

The stage of a U.S. Open is as big as it can get for a lot of golfers, especially for a teenager. Well, it nearly brought 15-year-old amateur Cole Hammer to tears on the first tee.

Hammer, who reached this point via sectional qualifying in Dallas, teed off at 9:12 a.m. local time and was a bit choked up before making his first stroke. At just 15 years old and 125 pounds, Hammer stands out amongst the field in more ways than one. It was a big moment for the kid who was just hoping to qualify for the U.S. Junior Amateur later this summer.

He went on to shake the emotions and make par on the first hole.