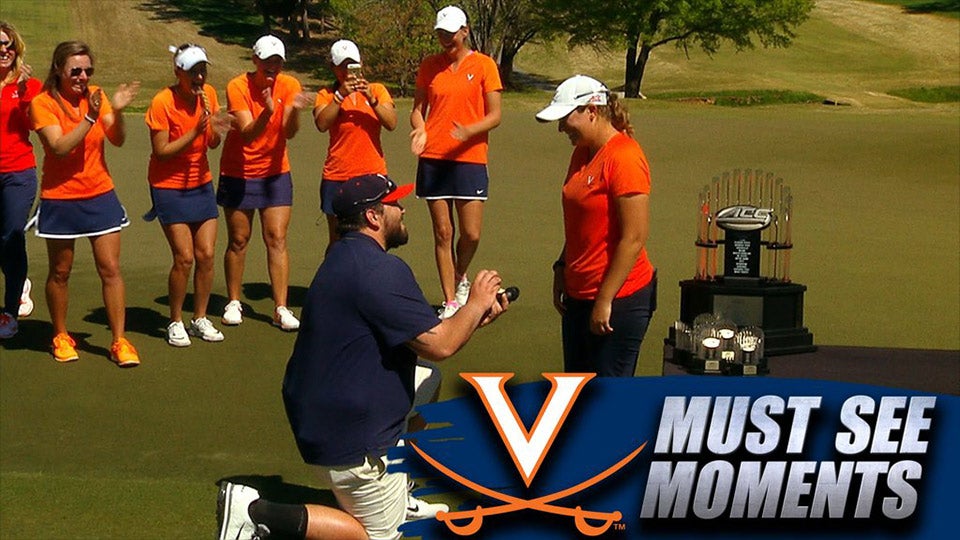 A senior on the University of Virginia golf team got a surprise question just before accepting the individual title at the ACC Women's Golf Championship.
ACC Women's Golf

Lauren Coughlin, a senior at the University of Virginia, capped off a stellar day at the ACC Women’s Golf Championship with a surprise addition to the trophy ceremony. Her boyfriend of five years was introduced and immediately got down one knee.

In addition to becoming a fiancée, Coughlin also became the individual champion for the tournament after posting a score of 9-under over three rounds. Coughlin’s performance helped lead her team to a repeat title at the ACC Championship. Afterward, Virginia’s head coach had this to say of Coughlin’s day: “She has been so close to win so many championships and this is the one she wanted most.”