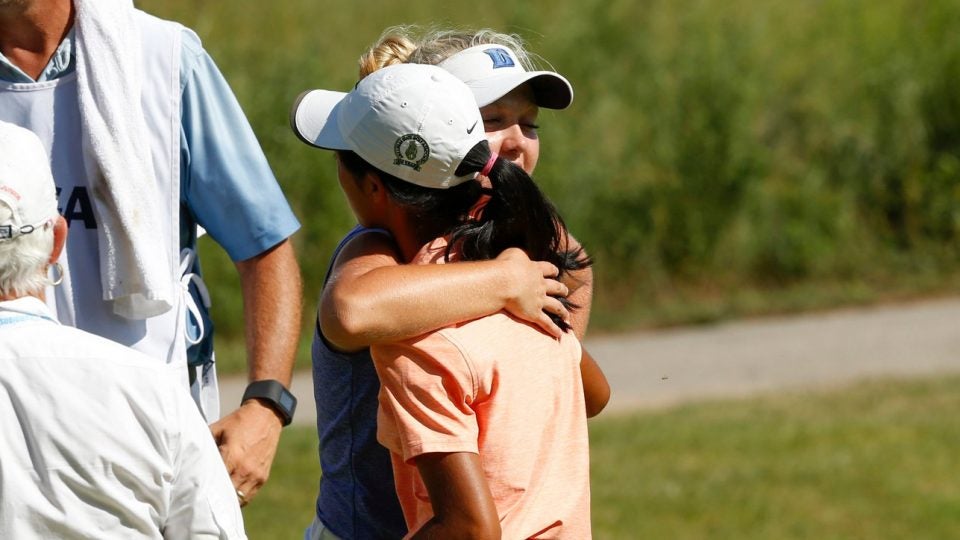 The semi-final match of the U.S. Girls’ Junior Championship ended with a bit of controversy on Friday, when Erica Shepherd defeated Elizabeth Moon on the first playoff hole.

What happened? Golf Channel reports that Shepherd made up a two shot deficit in regulation, and missed a lengthy birdie putt to win the match on the first playoff hole. Moon had a much shorter look at birdie to claim victory, but when she missed and left herself a few inches for par, she immediately rolled the ball back for another attempt—before Shepherd conceded the putt.

“I didn’t say that was good,” Shepherd said.

The rules official then stepped in, and Shepherd explained that she would have conceded Moon’s par putt, but Moon rolled her ball back before she had a chance.

“You cannot concede after the fact,” the official asserted.

Thus, Moon fell victim to Rule 18-2, and was penalized a shot for moving a ball in play. She thereby lost the hole and the match, sending Shepherd into Saturday’s final.

“I really didn’t want to win like that,” Shepherd told Fox Sports afterward. “I guess I still won, but I feel bad for Elizabeth, what happened on that hole.”

You can watch a video what transpired here.