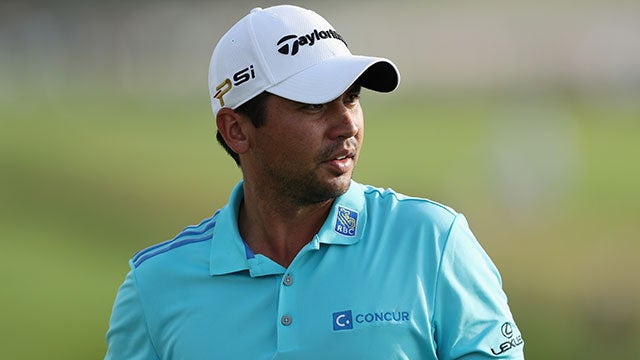 Can Jason Day complete a major comeback on Sunday at Oakmont?
Getty Images

Each night during the U.S. Open, writers, producers and editors from the Sports Illustrated Golf Group give their opinions on the hot topic of the day at Oakmont. Agree with our takes? Disagree? Leave your answers in the comments section below or tweet us at @golf_com.

UPDATE: Early Sunday morning, players returned to Oakmont to complete the third round. Shane Lowry picked up where he left off Saturday, carding birdies on the 15th and 17th holes to climb to seven under for the tournament. That’s good enough for a four-shot lead over Dustin Johnson and Andrew Landry, who are three under. Sergio Garcia had a disappointing morning, dropping two shots with back-to-back bogeys. He’ll start the final round at even par, seven back of Lowry.

After another action-packed day at Oakmont, several players will finish their third round on Sunday morning before starting the final round in the afternoon. The question is simple: Who is the last man standing on Sunday hoisting the trophy?

Alan Shipnuck, senior writer, Sports Illustrated: Lowry might be the best chipper in golf, a crucial skill at Oakmont. He’s playing with great confidence and could build his lead in perfect morning conditions. Plus it’s a Ryder Cup year so you know a Euro will win. I think Lowry gets it done.

Cameron Morfit, senior writer, GOLF Magazine: Grace wins. He will learn from his mistakes last year, when he hit it on the railroad tracks and wound up T4. He’s comfortable winning in America, having captured the RBC Heritage earlier this year, and he might be the most ridiculously talented player in the top six not named Dustin Johnson.

Pete Madden, senior producer, GOLF.com: I think Branden Grace is going to steal the show. We’ve all been picking him as a dark horse major contender for a while now, and he just quietly matched Jason Day for the low round of the afternoon with a four-under 66. None of the top five leaders finished their rounds tonight, so a few of them are sure to give a few shots back when they get back on the course early tomorrow morning. He’ll be right there.

Jeff Ritter, digital development editor, GOLF.com: Lowry looked great today but he’s unproven on major Sundays. I think the winner could pop up at the end of the day, like Danny Willet at Augusta. That scenario would set up well for three guys with deep major-championship scars — Lee, Sergio and DJ. I don’t like any of them to win as front-runners. Of that trio, Dustin has the tee-to-green game to hang around all day, and I think Sunday could be the moment where he’ll finally be there at the end to claim his first major. Marika Washchyshyn, multimedia producer: Not Dustin Johnson. I’m hard pressed to pick between a surging Westwood, who is so close to shedding his ‘One of the Best Players Without a Major’ title that he can taste it, and Branden Grace, who seemingly came out of nowhere with a 66 today. Between all of the crazy missed cuts and leaderboard juggling, we forgot about Grace, who was T4 in this event last year. I’ll take Grace.

Jessica Marksbury, multimedia editor, GOLF.com: I’m sticking with Shane. He’s been so consistent, and he’s making more birdies than bogeys. That’s a tall order here at Oakmont! It will take some serious mistakes from him, or absolutely stellar play from someone else, to end his chance at major championship glory.

Josh Berhow, staff producer, GOLF.com: My dark horse pick earlier this week was Sergio Garcia, but I don’t think he gets it done on Sunday. I like Grace. It’s a nice bonus to be done with your third round and come out on Sunday like it’s a normal day and stay in your normal routine, which hasn’t happened this week at Oakmont. He’ll rebound from last year’s near-miss at Chambers.

Peter Bukowski, associate editor, GOLF.com: History. If Shane Lowry wins it’ll be his first major. If Andrew Landry wins he’ll join a list of three players to win in their first major and if one of the Westwood/Garcia/DJ triumvirate win it will be a monkey off the back of one of the best players of his generation to not win a major. And don’t count out Zach Johnson getting his third major, Jason Day getting his second or DeChambeau — who was an amateur like five minutes ago — getting his first.

Sean Steinemann, social media editor, GOLF.com: Lee Westwood. Throughout his career Westwood has racked up an astonishing 18 top-10 finishes in major championships, including three runner-up showings. Westwood’s last runner-up finish came at this year’s Masters, where he was paired with fellow Englishman Danny Willett on Sunday. He watched Danny Willett do what he so desperately wants to do and I think it’s reignited the fire in his belly.