U.S. Open 2016: The Sunday Rules Fiasco Was a Perfect Storm 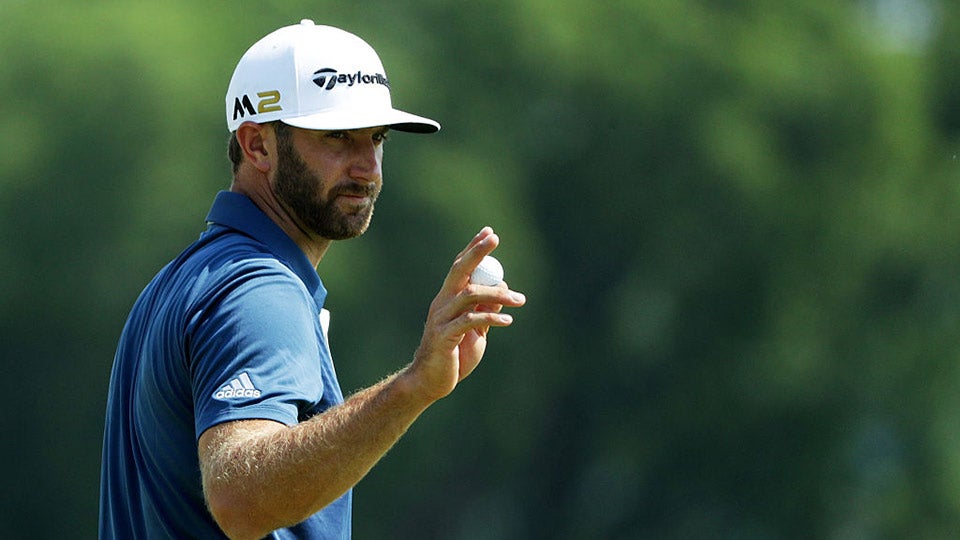 Dustin Johnson found himself at the center of a rules controversy on Sunday at the 2016 U.S. Open.
2016 Getty Images

You could talk about the clumsy handling of the Dustin Johnson rules dispute until your face is as blue as a USGA blazer. You could write a senior thesis on the mob-mentality influence Tiger Woods, Rory McIlroy and other pros had on the situation while it was unfolding on U.S. Open Sunday. But in the end it was neither the golf bureaucrats nor the brand-name players who turned this event into the game’s biggest rules debacle since Roberto DiVencenzo lost the 1968 Masters by mismarking his last-round card. The root of the problem is the inherent conflicts in the game itself.

On Tuesday, the USGA offered a limited apology to Dustin Johnson and his competitors, and by implication the golf-watching public, for making the situation more unwieldy than it needed to be. But no matter how the USGA would have handled it, golf’s ruling body would have been ridiculed and questioned. Had the USGA said nothing until Johnson had completed his round, potentially reviewing it with the outcome of the event hanging in the balance, that would have resulted in an even louder round of second-guessing. If the USGA had said immediately — say, while Johnson was on the 6th hole — that the video was inconclusive, Johnson’s competitors might have taken extreme exception to that. Are you telling me that if Johnson were nowhere near that ball it would have suddenly moved? Have you actually looked at the tape?

The whole only-in-golf situation was set in motion the moment Johnson informed a USGA rules official that his ball on the 5th green of the last round of the 116th U.S. Open moved incrementally and that he was not responsible for its movement. From that point on, four basic and competing conditions came into play:

I. A tenet of golf is that you play the ball as it lies.
II. Every time the ball moves, no matter how insignificantly, there must be some accounting of the movement.
III. The player is assumed to be a person of integrity, trusted to mark his card with complete fidelity to the rulebook.
IV.  The goal of every player is to turn in the most accurate scorecard possible and to that end the golfer should use all available information.

Non-golfers do not understand that last clause, but golfers steeped in the rules do. That’s why other players, caddies, spectators and even TV viewers may alert officials to potential rules problems, because the more information available the more accurate the scorecard will be.

Anybody who watched the video of Johnson backing away from his ball nearly at the moment it moved not even a quarter-inch potentially had more insight into the situation than Johnson did himself. With that in mind, the USGA rules officials felt that Johnson had to have the opportunity to see the tape himself before signing his card. Many people have said, in effect, If Johnson was right there and contends he didn’t cause it to move then he didn’t cause it to move. In other words, give the player the respect he deserves. Jack Nicklaus, as deeply steeped in the sanctity of the rulebook as anybody, took this position. But to reach that conclusion would fly in the face of Condition IV, that more information is better than less information. On the other extreme, to assess Johnson a penalty without him seeing the video would violate Condition III. It would be taking over Johnson’s responsibility for him. For Woods and McIlroy and others to call the situation a “farce” while it was unfolding is itself a farce — it shows a lack of understanding of Condition IV. But Woods has said he doesn’t think TV viewers should be able to influence rules decisions, even though it was a TV viewer that saved him from being disqualified from the 2013 Masters when he dropped from the wrong place on the 15th hole in the second round.

Later in 2013, at the BMW Championship in Chicago, PGA Tour rules officials took the extreme action of essentially filling in one box of Woods’s scorecard for him in the face of overwhelming video evidence that his ball in the woods moved when he went to remove a smack cigar-shaped twig. (Woods maintained that his ball had returned to its original position.) Woods never called in a rules official. Johnson did. It was appropriate for Johnson to call in an official but it was also useful. The official gave Johnson the ruling he felt he deserved, that gravity or wind had caused the ball to move, and therefore Johnson should play it as it lies.

Many people would look at the videotape of Johnson on on the 5th green and say it was inconclusive. Had Johnson been nowhere near his ball, would it have still moved? The USGA, in assessing Johnson a one-shot penalty over his objections, was holding Johnson responsible for the movement. It is a very tough call and another rules committee might have reached a different conclusion, looking at the videotape. You can agree or disagree with the USGA’s judgment, but there is no reason to think that it was anything other than honest analysis of the situation.

To the public at large, the decision turned into Faceless Bureaucrats v. Stylish Long-hitting Touring Pro. In the court of public opinion, the USGA had no chance. In making the decision it made, the USGA was rejecting Johnson’s own analysis of what happened. This is where the conflict between Condition III and Condition IV comes into play.

Yes, this minutia is deeply tedious. It is not Johnson’s stock-in-trade, or most people’s. But the actions of the USGA were intended to preserve the integrity of the game and the outcome of the championship. The next time a player is in a similar situation, he or she will now have a further understanding of the importance of determining what actually made the ball move. Not that the USGA was trying to teach any sort of lesson. It was trying to sort through the situation it faced with all the available evidence.

So if the USGA tried to do everything right, why did it find itself apologizing on Tuesday? Because when Tiger and Jack and the popular winner himself, Dustin Johnson, are all condemning the USGA, which requires the public’s faith to function, the organization was in an untenable position. It has been suggested that rules officials could carry devices by which players could be shown video testimony before resuming play, but that could get unwieldy and the player likely needs a quieter environment in which to actually study the video evidence. You could argue that video evidence should be eliminated, but that would bring an end to Condition IV. And Condition IV is at the backbone of the game — that the player should want to turn in the most accurate scorecard possible.

In the end, was the USGA challenging Johnson’s integrity? Some are saying yes and others are not. The fact is, something caused that ball to move, and its movement required accounting. Johnson said he was not responsible for it. The USGA, in the end, rejected his claim in the basis of video evidence that many would say was inconclusive.

The movement of the ball had no practical influence on whether Johnson was going to make that short putt or not. But it had the potential to have a profound influence on who won the 116th U.S. Open. It was a perfect storm. It was a study in conflict and conflicting agendas and incomplete evidence. It was, and remains, a mess. The Rules of Golf seek to turn all matters into black-and-white cases. But then real-life oddness raises its head and bedlam ensues. Something made that ball move and someone was going to pay for it. In the end, both the USGA and its newest champion did.