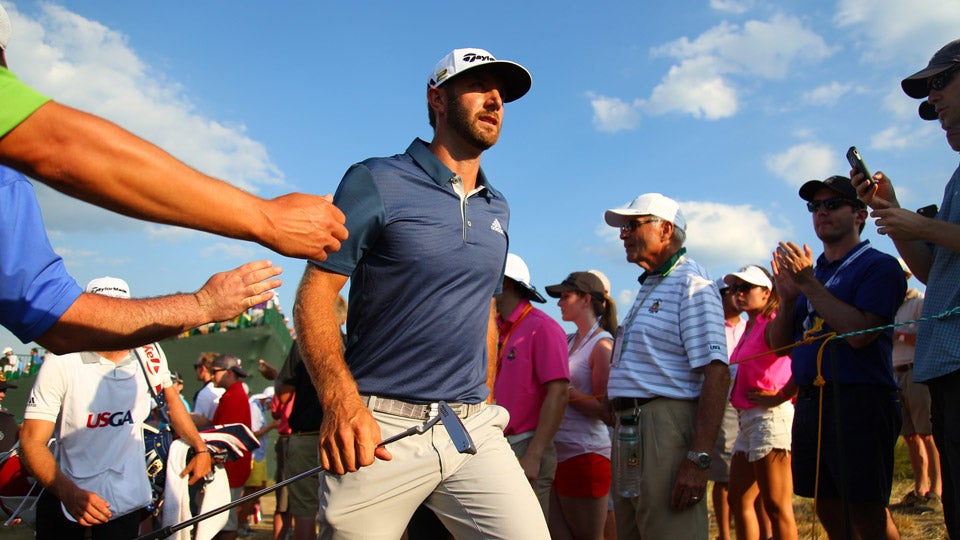 A rules debacle, a leaderboard jam-packed with major-less players, and a long-awaited champion — the 116th U.S. Open at Oakmont packed a dramatic punch. Here are the top five things we learned from a turbulent tournament:

1. Yes, Dustin Johnson has what it takes to win majors.

At long last, 31-year-old Dustin Johnson notched his first major championship victory. After multiple heartbreaking near-misses, Johnson proved that he has the game — and mind — to get it done. Johnson persevered amid controversy and doubt, keeping a laser-like focus despite the mounting pressure. His birdie on the 72nd hole drew thunderous cheers, and meant that he’d forever shed the dreaded “best player without a major” tag.

2. The USGA deserved its own one-shot (or more) penalty.

Why was Johnson forced to play the last six holes of the U.S. Open with a black cloud of uncertainty hanging over his head? We’re still not sure. On the 12th tee, Johnson was informed by the USGA that he might have broken the rules on the 5th green when his ball appeared to move before a putt. But instead of issuing a new ruling on the penalty, officials allowed Johnson (and the rest of the confused field) to play the remainder of the tournament without knowing what his score would be.

3. Tour pros will defend one of their own.

Within seconds of news breaking about DJ’s will-they-or-won’t-they rules snafu, Tour pros jumped to his defense on social media. Jordan Spieth and Rory McIlroy both posted angry tweets condemning the USGA’s non-decision. Jack Nicklaus called the ruling “terrible.” Tiger Woods said it was a “farce.” One pro even called for a boycott of the USGA. Spectators at the tournament roared to support Johnson as he attempted to shrug off golf’s unluckiest break.

Garcia didn’t have the Sunday he wanted, but the Spaniard can still be proud of his tournament performance. He hung in till the end to finish T-5 at Oakmont, making four birdies on Sunday. He also scooped up an actual birdie near the 8th hole, giving headline writers everywhere the chance to revel in avian puns.

Landry started this week as an anonymous Tour pro, with a World Ranking hovering in the mid-600s and nothing remotely resembling a breakthrough career moment. When he first ascended the leaderboard in soggy conditions on Thursday, no one expected him to stay there. But Landry showed surprising grit as the week progressed. (And even picked up a new sponsor.) Despite a final round 78, he finished T-15. That’s not bad for a guy who you’d never heard of before Wednesday.