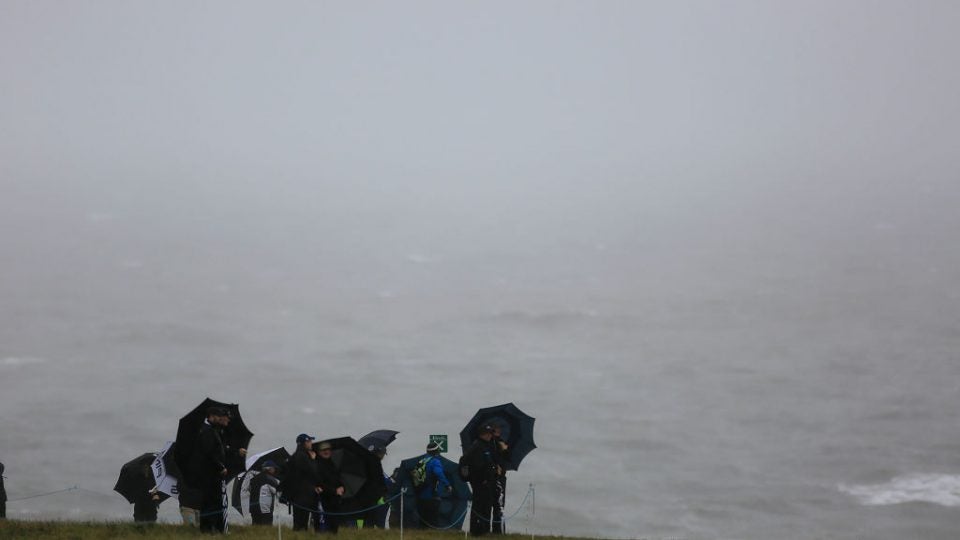 BRIDGEND, WALES - JULY 28: Spectators during the second round of the Senior Open Championship presented by Rolex at Royal Porthcawl Golf Club on July 28, 2017 in Bridgend, Wales. (Photo by Phil Inglis/Getty Images)

British weather takes no prisoners: two golfers at the Senior British Open in Wales shot 94 and 96 respectively in the second round, Golf Channel reports. Day 2 at the tournament was rough on Stephen Creed and Mike Heinen, who are at the bottom of the leaderboard after signing for their scorecards.

But they weren’t the only players who struggled today. With 20-25 mph winds and heavy rain, conditions were brutal at Royal Porthcawl. Entering the afternoon, most scores were in the high-70s and 80s. John Daly, for example, shot 80 and is nine over for the tournament. Entering the afternoon, Bernhard Langer and Tom Lehman shared the clubhouse lead at +1 overall.