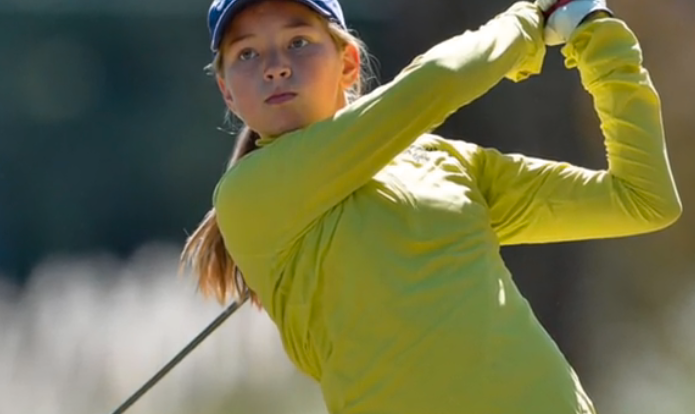 Sometimes golf is much more than a game. For a 12-year-old girl from Rock Hill, South Carolina, it’s a way to connect to her father, who died in Iraq when she was only a toddler.

Kayleigh Reinke, who goes by Buggy (a nickname her dad gave her), discovered golf less than a year ago—but she’s already on a high school team, outplaying girls who have multiple inches and years on her. She was a natural from her first swing, but she didn’t become committed to the game until she found out that her dad was also a golfer.

Gavin Reinke was killed by a roadside bomb in Baghdad in 2006, leaving his wife Carole a widow and single mother, and three-year-old Kayleigh with few memories of her father—except for his fondness for calling her Buggy. Now Buggy heads to the golf course to as a way to bond with the dad she still misses.

“I play this game in honor of my dad,” she told the Rock Hill Herald this week. “Golf can help me remember him.”

Reinke’s newfound interest in the sport has also given her a chance to meet the veterans who play as part of the Salute Military Golf Association. She has connected with military golfers from across the region, sharing her story and her dad’s with hundreds. And while she didn’t qualify for the state finals this year, the seventh grader is undaunted. “I did the best I could for my dad,” she said.

Watch the video from the Rock Hill Herald below.