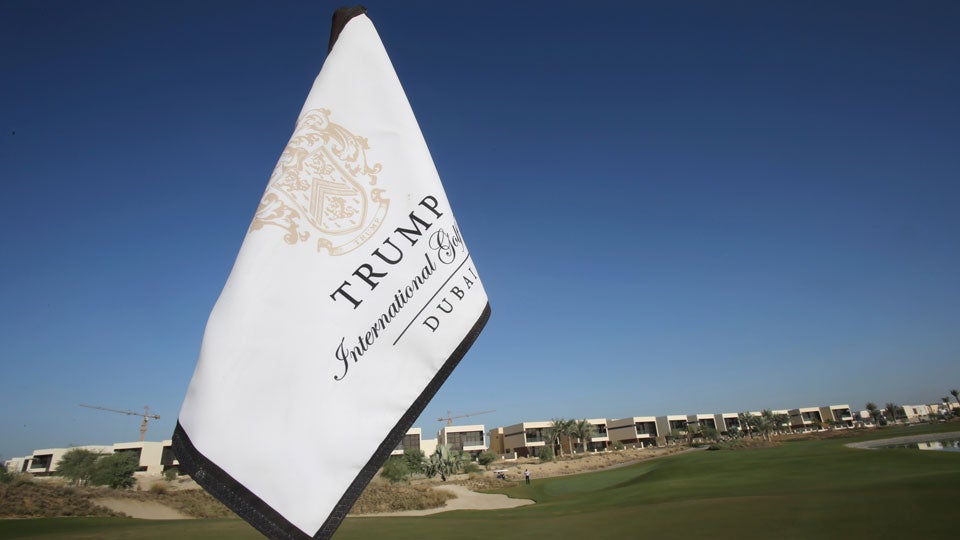 The decorative clock bearing the name of America’s incoming 45th president has yet to start at the Trump International Golf Club in Dubai, but the developers behind the project already are counting the money they’ve made.

The 18-hole course is likely to be the first Trump-connected property to open after his Jan. 20 inauguration as president, joining his organization’s projects stretching from Bali to Panama.

It also encapsulates the host of worries of possible conflicts of interest circulating around a president who is very different from America’s past leaders. While the Oval Office has always been home to the wealthy, Donald Trump represents the first franchise president.

Could foreign governments pressure or please Trump through his international businesses? Should projects bearing his name receive additional security? And how close should his ties remain to business executives operating in areas with far different opinions about human rights and justice?

“There has never been anything remotely like this — not even close,” said Robert W. Gordon, a legal historian and ethics expert who teaches at Stanford University. “Trump himself tends to treat his businesses and his public policy as sort of extensions of himself. He seems to be completely unembarrassed about scrambling up and conflating his business enterprise and the actions and policies of the U.S. government.”

The Trump International Golf Club in Dubai — the sheikhdom in the United Arab Emirates home to a futuristic skyline crowned by the world’s tallest building — is due to open in February and be managed by Trump Organization employees.

The course sits along a road that begins near the sail-shaped Burj al-Arab luxury hotel and passes by a mall with its own artificial ski slope. The luxury continues onto the par-71 Trump course, designed by American golf architect Gil Hanse, where wrinkled fairways lead to putting greens made smooth with silica sand brushed in between micro-blades of grass.

It is set inside Akoya, a massive housing development of 2,600 villas and 7,000 apartments developed by Dubai-based luxury real estate DAMAC Properties. Another Trump-managed golf course is planned for another even larger DAMAC project under development further down the road.

Billionaire Hussain Sajwani, who founded DAMAC Properties in 2002, met Trump some 10 years ago and the two men hit it off over their real estate experiences, said Niall McLoughlin, a senior vice president for communications and marketing at the firm.

Sajwani and his family also attended a New Year’s Eve party at Trump’s Mar-a-Lago club in Florida, with the incoming president describing them from on stage as “the most beautiful people from Dubai.”

Trump received between $1 million to $5 million from DAMAC, according to a Federal Election Committee report submitted in May. It’s unclear how much the contract will be worth once the golf course opens and starts operating. McLoughlin declined to offer specific figures.

It is the first Trump venture in the Arab world. His first proposed project in Dubai, a 62-story tower with state-backed developer Nakheel, became a victim of the sheikhdom’s 2009 financial crisis.

By 2014, Trump knocked a golf ball down the fairway of what would become the golf course at Akoya. Sajwani called Trump a “great man” during the tour, and DAMAC later designed some 100 Trump-branded villas at the property, selling from 5 million dirhams ($1.3 million) to over 15 million dirhams ($4 million).

With Trump set to be sworn in as president, security analysts have suggested properties bearing his name could be targets. His campaign pledge calling for a “total and complete shutdown” of Muslims entering the U.S., followed by his proposal to conduct “extreme vetting” of immigrants, also sparked regional anger . The Trump logos on the golf course even came down for a short time .

Still, the United Arab Emirates, a staunch U.S. ally in the war against the Islamic State group and host to some 5,000 American military personnel, remains a peaceful corner of the Middle East.

“Dubai is one of the safest cities in the world,” McLoughlin said. “Dubai has proved itself to be safe. We have no extra concerns about this golf course.”

Dubai police did not respond to a request for comment about security at the property. DAMAC, a private company, purchased the property for Akoya from Dubai’s government in 2012 for around $350 million. Dubai’s government ultimately answers to the emirate’s hereditary ruler, Sheikh Mohammed bin Rashid Al Maktoum, who also is the UAE’s vice president and prime minister.

All services to the property — electricity, water, roads — come at the discretion of the government. The club’s bar will need government approvals to serve alcohol, not to mention other regulatory issues.

That could raise concerns about the so-called “emoluments clause” of the U.S. constitution, which bars public officials from accepting gifts or payments from foreign governments and companies controlled by them without the consent of Congress.

Any negotiations involving the Trump brand at the least could create the appearance of impropriety, legal experts warn.

“He has so many properties that his business interests become an obvious target for both bribes and threats,” said Gordon, the Stanford law professor. “The dangers really come in two directions: One is that foreign powers will try to use Trump’s interests as a way of bribing him into public policies in a way that are friendly to them or use them put pressure on him.”

Trump has said he will step away from managing his business empire while in office, but has offered few details other than to say his executives “will run it with my children.”

“Turning over control to the kids just doesn’t do it. They clearly are going to be having holiday meals together, talking on the telephone,” Jensen said. “There’s going to be a lot of contact there.”

Even putting assets in a blind trust, like other presidents have, likely wouldn’t work since, for example, he would know the trust holds a golf course in Dubai. “You can put it in the trust, but the adjective ‘blind’ wouldn’t apply in that situation,” Jensen said.

Also, DAMAC’s Sajwani has had dealings with the U.S. government. He credits some of his fortune to contracting work his companies did in supplying U.S. forces during the 1991 Gulf War that expelled Iraqi forces from Kuwait. Over the past decade, his companies have been awarded at least $1 million in contracting work, according to U.S. government records reviewed by the AP.

McLoughlin did not respond to a query regarding whether DAMAC would continue to seek U.S. government contracts.

DAMAC stock traded after the election at near a yearlong low of 2.02 dirhams (55 cents) a share, in part due to the company announcing an 11.7 percent fall in third-quarter profits as Dubai’s housing market has slowed in 2016.

Stock then rebounded, reaching 2.53 dirhams (69 cents) just before New Year’s Eve, as the company began handing over properties at Akoya.

Sajwani’s business dealings have drawn international scrutiny in the past. After Egypt’s 2011 Arab Spring protests, a local court sentenced him to five years in prison and a $40.5 million fine over a 2006 land deal. Egypt and DAMAC later reached an undisclosed settlement in international arbitration and Sajwani never served prison time.

DAMAC, which competes against largely state-backed developers in Dubai, focuses on flashy projects, like offering homes built around luxury Bugatti sports cars . But when it comes to building the projects, it like other companies relies heavily on subcontractors who largely employ low-paid laborers from Asian countries like India and Pakistan.

There have been no formal complaints by workers alleging the Trump golf course or the larger DAMAC project mistreats laborers.

However, that alone shouldn’t be taken as a sign that everything is fine, said James Lynch, who focuses on Gulf labor issues for Amnesty International.

The Emirati government and local businesses remain sensitive about their image in regards to the millions of workers employed in the country, something Lynch knows all too well as he was barred from entering the UAE in 2015 to discuss laborers’ rights.

“Under international standards, construction companies in the Gulf are not only responsible for how they treat their direct employees,” Lynch said. “They have a responsibility to put in place measures to ensure that their subcontractors do not abuse the rights of people working for them.”

For now, workers manicure the golf course’s empty greens. Others put the finishing touches on a clubhouse that will feature a bar, a water-pipe tobacco lounge and restaurants for those paying the course’s dues, which start at around $10,000 a year.

While DAMAC’s contract with Trump allows them to use his image in advertising the course, McLoughlin said the company would be “tasteful” in its promotions. However, he said at least some of Trump’s children likely would be on hand for the opening of the course.