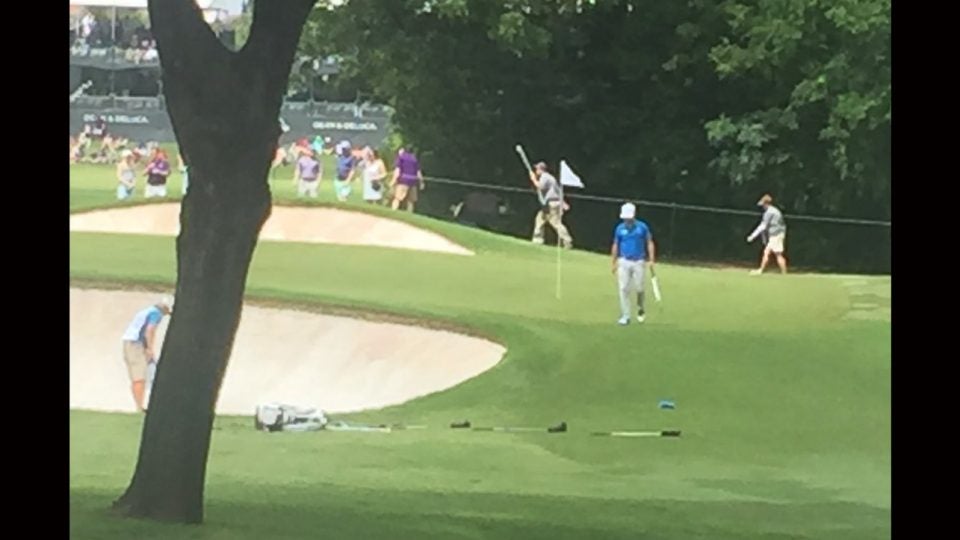 Zach Johnson pictured during the third round of the Dean & Deluca Invitational.
@michaelmartinut

Zach Johnson is having a tough season, and it didn’t get better at the Dean & Deluca Invitational, where he shot a 70 on Sunday to finish at seven over for the week, tied for 63rd. But Sunday was a lot better than Saturday, as evidenced by a photo circulating the web.

The photo shows Johnson walking off a green during his third-round 75, and strewn about the course are several of his golf clubs.

Zach Johnson with a major meltdown after being put on the clock. Dumped all his clubs out of the bag! pic.twitter.com/KDJleSu8vC

After the photo had made the rounds on the Internet, Johnson acknowledged it on Twitter, copping to an unfortunate on-course outburst in which his clubs ended up on the ground, writing, “Not my proudest moment.”

Not my proudest moment yesterday. Putter was stuck, yanked it out, many clubs came out, frustrated for sure. Tap in double. Ugh.

The veteran Tour pro does have two top-10s in 2016-17, but he also has missed four cuts and sits in 93rd place in the FedEx Cup rankings. His last victory came at the 2015 British Open.