Why Phil Mickelson belongs on the U.S. Presidents Cup team—and why he doesn’t

By Alan Shipnuck and Sean Zak 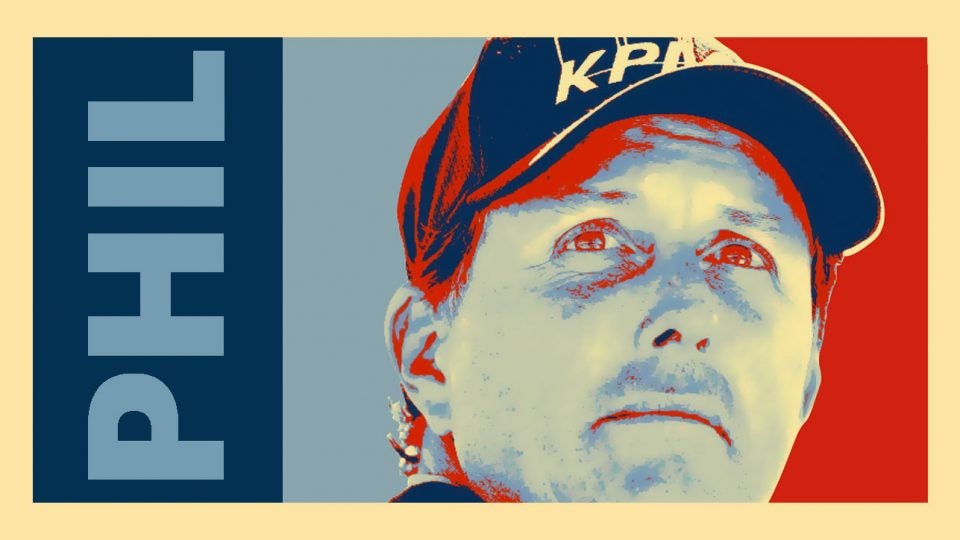 To pick Phil, or to not pick Phil? That is the most intriguing question facing U.S. Presidents Cup skipper Steve Stricker as the Tuesday deadline approaches for Stricker to announce his two wildcard picks for the matches against the International squad at Liberty National at the end of September. It’s a big decision, one that the captain can’t possibly be expected to make all by himself. Alas, Stricks, we’re here to help.

THE CASE FOR PHIL…

Of course Phil Mickelson should be on the team. Let’s start with the simple fact that this is the Presidents Cup. It is a low-wattage goodwill exhibition that exists purely to entertain us, and does only a mediocre job at that. Mickelson is a Hall of Famer, a darling of Madison Ave., a lightning rod and a master showman. No current American golfer can match his force of personality, let alone the B-listers who are also under consideration for the two captain’s picks. Quite simply, Phil is one of the few reasons to actually watch this Presidents Cup, and that alone warrants the pick.

But Mickelson will be more than a ceremonial presence. He has been the heart and soul of USA golf for more than decade. He helped reform the Ryder Cup culture and under tremendous pressure at Hazeltine was one of the American side’s best players, going 2-1-1, including an instant-classic singles war with Sergio Garcia.

The mellower vibe of the Presidents Cup brings out Mickelson’s best golf. He has gone undefeated three times over the last seven Cups, and his combined record in that stretch is an eye-popping 17-4-7. Yes, this has not been Mickelson’s best season but the camaraderie of the team setting and match play format that rewards hyperaggressive play have always allowed him to access his genius; no reason to think that won’t be the case again under the shadows of Lady Liberty. (By the way, the location of the event is another tick in Phil’s column. First, he’s a member at Liberty, so he knows the intricacies of the course. Second, the New York City area has long been Phil Country. Big Apple galleries lap him up like a bowl of matzah ball soup.)

Finally, the American side badly needs Mickelson’s experience and leadership. Of the top 12 currently on the points list, seven would be Presidents Cup rookies, and three others are in their 20s. (Mickelson has served as a mentor and practice-round foil for many of these young studs.) Having a decorated de facto playing captain to lean on would be invaluable for this callow squad.

The U.S. hasn’t lost a Presidents Cup this century. If captain Steve Stricker wants to keep that streak intact, he would be wise not to overthink the Mickelson situation. The fans want him, the TV suits need him and his fellow players will rally around him. Stricks, don’t leave us unful-Philled.

…AND THE CASE AGAINST PHIL

Arguing that Phil Mickelson and his 22-straight appearances in U.S team events should NOT play in the Presidents Cup at a club called Liberty National feels decidedly un-American. Heck, there’s just one golfer gracing the golf page of Liberty’s website, Uncle Phil himself.

But we are debating Phil’s merit in this space, and there’s a reason for that: He has not been very good of late. Something has happened in the last few months—if ever so slight—to Mickelson’s game.

It could be because he recently lost the trusted advisor (Bones) who handed him clubs and strategized his every move for more than two decades. Or because he’s just in one of those funks that all Tour players go through. Or because he’s 47 and finally struggling to keep pace with supercharged players half his age. Whatever it is—the results just haven’t been there.

P.B.P. (post-Bones Phil) missed the cut at the British Open. He limped through the WGC-Bridgestone. He showed up to the PGA with 11 top-12 finishes in his career at Quail Hollow and shot a stunning 79-74, which left him grasping for answers in the locker room on Friday evening in perhaps the most non-Phil moment of his career.

So now, in a competition where poor shots are magnified and at a course where precision is king, folks want to play the legacy card and suit up one of the pro game’s most volatile golfers? It’s not the right time.

There have been moments in the past where Mickelson felt needed, where his experience was an asset. Johnson, Spieth, Koepka, Fowler, Kuchar…they don’t need Uncle Phil’s sage advice anymore. The U.S. roster needs the best players and Phil simply isn’t one of them right now.

Stricker seems ready to pass Phil the “if he thinks he should be on the team, he’ll be on the team” handout. Just because something feels right—because Phil is fun, and thumbs-ups and Ping-Pong are fun, and because gamesmanship is fun—doesn’t make it right.

Stricker is assembling a team. He’s the GM, and he has a number of hungry, proven free agents to choose from. In captain’s picks, he’s looking for malleability. He’s looking for human claymation figures that can be molded to meld with DJ, Fowler, Kooch, or any other player wearing red, white and blue on the first tee.

Phil’s game—passable everywhere but a complete guessing game off the tee—doesn’t scream malleable. It doesn’t even whisper it. It screams “Fore!” and “Good luck on your approach, bud.”