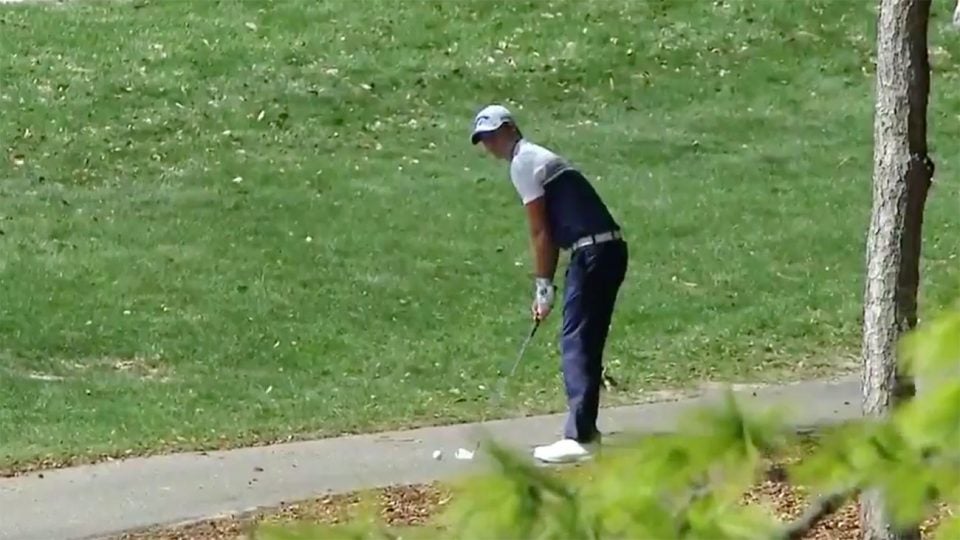 Wesley Bryan put his trick-shot skills to the test at the Valspar Championship Thursday.
PGA Tour

When your hobby pays off during your day job, you know you’re doing something right.

Trick-shot aficionado Wesley Bryan put his skills to the test yesterday during the first round of the Valspar Championship, when he was forced to hit his second shot on Copperhead’s 10th hole from the cart path.

The PGA Tour rookie picked it clean and watched it settle just feet away from the hole. Bryan went on to make birdie en route to a three-under 68.

He even got away with minimal damage to his wedge.

This is the cart path mark from yesterday….in case y’all were wondering, no need for a new wedge pic.twitter.com/SDGoSvtVCW