WATCH: Trying to beat darkness, Tour pro hits one of the worst shots in major history 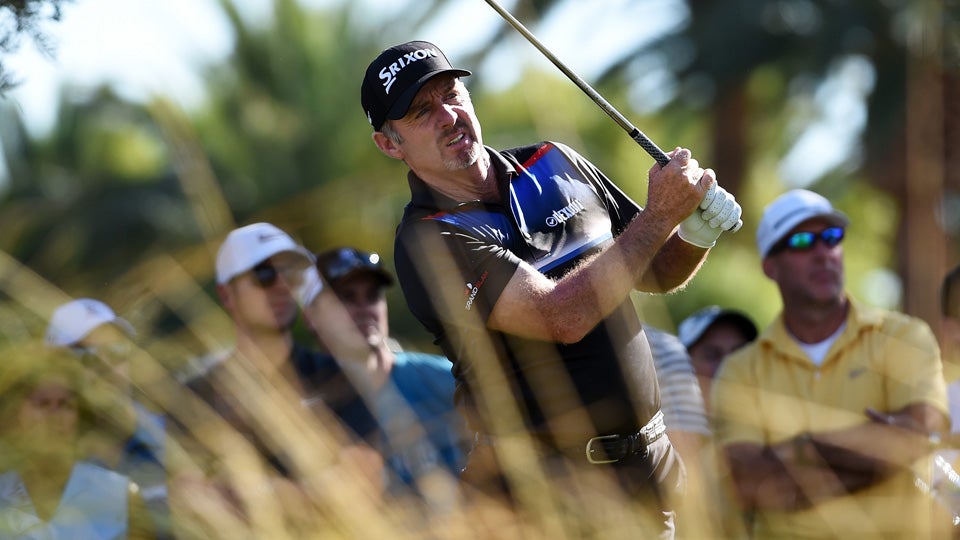 Rod Pampling hits from the 9th tee during the final round of the Shriners Hospitals for Children Open on Nov. 6, 2016, in Las Vegas, Nevada.
Getty Images

A weather delay of nearly two hours during the second round of the PGA Championship on Friday forced many players in the afternoon wave to finish their rounds by playing a bit of speed golf.

For pro golfers, there’s not much worse than having to wake up in the wee hours to play just one or two holes—especially if you are bound for a late tee time later that day or, worse, a near guarantee to miss the cut.

Pampling, a 47-year-old Australian, stepped to the ninth tee box (his 18th hole of the day), knowing that at 12 over he was already going to miss the cut. He wasn’t about to wake up early and come back for one hole on Saturday. He also did his playing partners a favor. Since he teed off, even if the horn blew to stop play, his group could elect to finish the hole since one ball was in play.

Happy to help the boys, they high five when they caught up.

Pampling was obviously rushed, but regardless he produced what will likely be the worst shot of the tournament. Jim Nantz went a step further.

“Have you ever seen a shot like that in a major championship?” said Nantz, fighting off laughter.

Pampling bogeyed the ninth and finished 12 under. The good news: He doesn’t have to come back on Saturday.