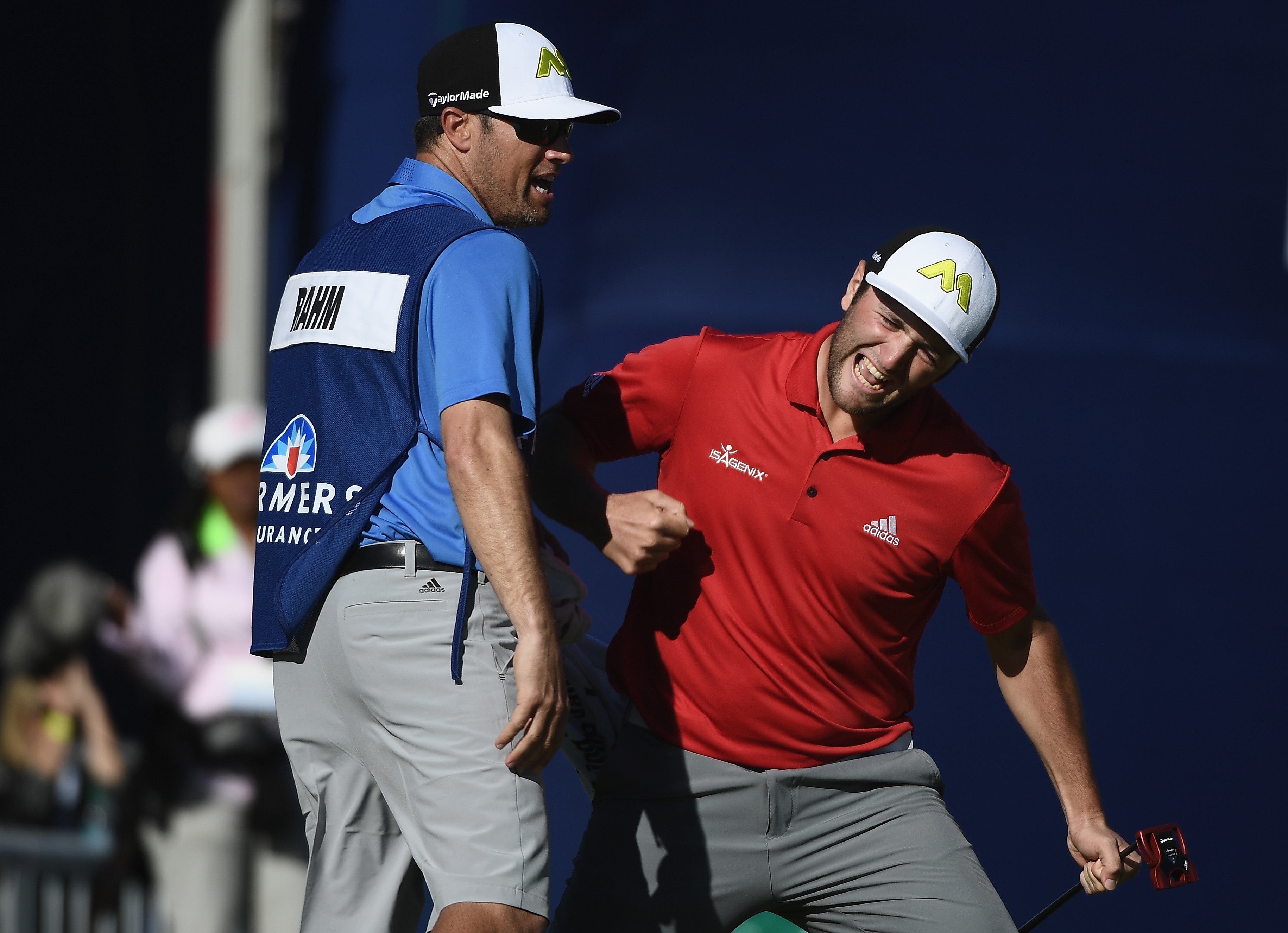 As exciting as Jon Rahm’s finish on the 18th green was on Sunday at Torrey Pines, it was seemingly more exciting elsewhere, in a living room with a happy toddler.

Rahm’s electric back nine — which included a pair of eagles and a pair of birdies — was good for a 30, distancing him by three strokes to the rest of the field. His final putt, from all of 60 feet, dropped into the side of the cup for a walk-off eagle.

@littleJRmaza my son was pretty excited with your win. Check it out pic.twitter.com/PAzq5u4lHq

If a January putt at Torrey Pines can elicit that type of response, we’re in good hands for 2017.