WATCH: Phil Mickelson tells superfan NOT to bet on him at Safeway Open 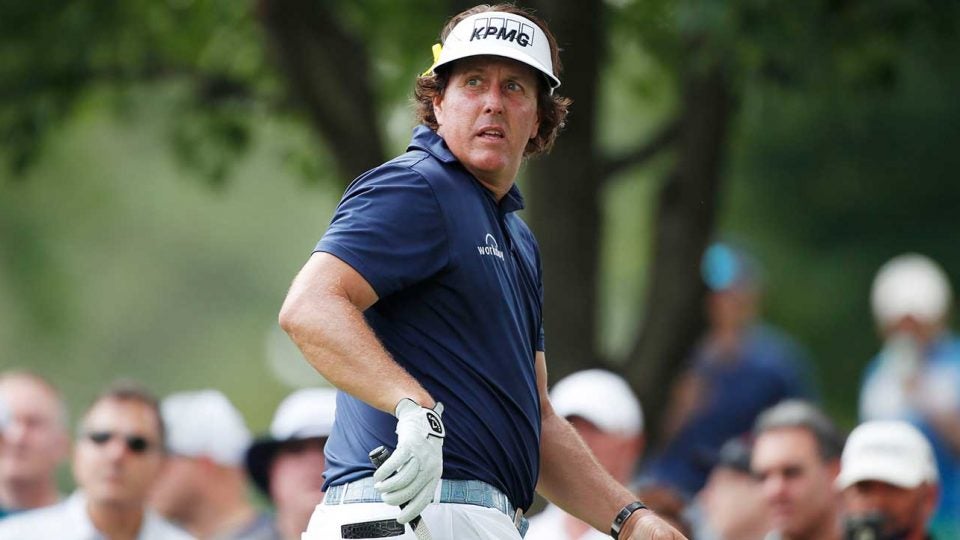 Phil Mickelson didn’t bring his best stuff to the Ryder Cup, but he’s back in action this week and trying to change his fortunes at the 2018-19 PGA Tour opener.

Mickelson played only two matches in Paris and lost both as the Europeans crushed the Americans. He’s the only Ryder Cup player in action at this week’s Safeway Open in Napa, Calif., and as usual, he’s a fan favorite.

But can he break out of this slump? One fan asked him, and Mickelson didn’t give the most optimistic response.

“Thatta boy, Phil,” the fan said, as Mickelson walked the course during a practice round on Wednesday. “Should I have you in my DraftKings this week?”

Mickelson kept walking, laughed, and then shook his head before answering with a smile. “Probably not.”

So there you have it. Even Mickelson doesn’t like his 25/1 odds to win this week. Check out GOLF.com’s fantasy picks here, and watch Mickelson’s interaction with the fan below.