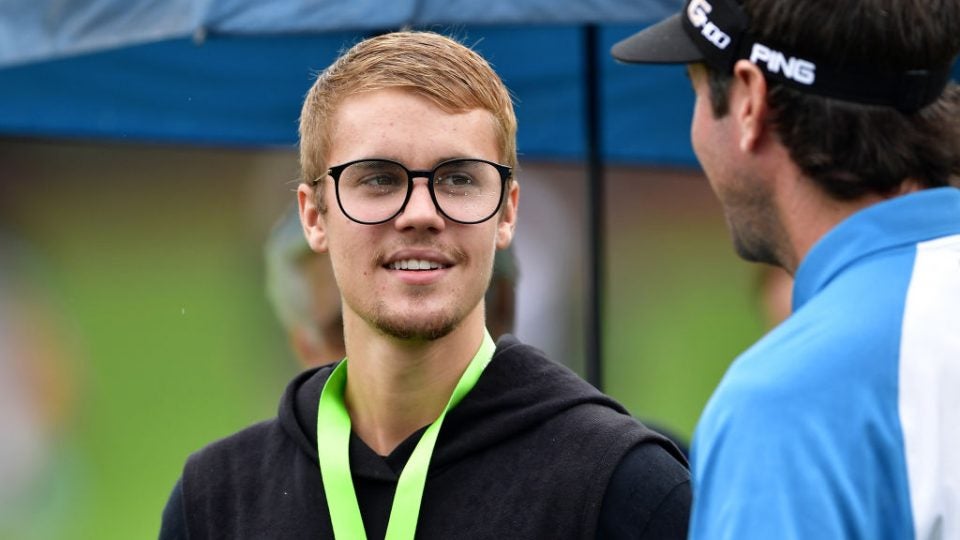 CHARLOTTE, NC - AUGUST 08: Musician Justin Bieber looks on with Bubba Watson of the United States during a practice round prior to the 2017 PGA Championship at Quail Hollow Club on August 8, 2017 in Charlotte, North Carolina. (Photo by Stuart Franklin/Getty Images)

A soggy practice day 2 at Quail Hollow was broken up by the appearance of an unexpected visitor to the year’s fourth major championship: Justin Bieber, who was spotted on the course with Bubba Watson, Kevin Na and Wesley Bryan.

In a video posted to Na’s Instagram, Bieber and Bryan rap together to Bieber’s song “No Pressure.” Bieber announced in July that he was cancelling the remaining dates of his Purpose world tour.

Worlds collide at the #PGAChamp @justinbieber & the TNT crew share a moment at Quail Hollow pic.twitter.com/YNt4vfU1fa