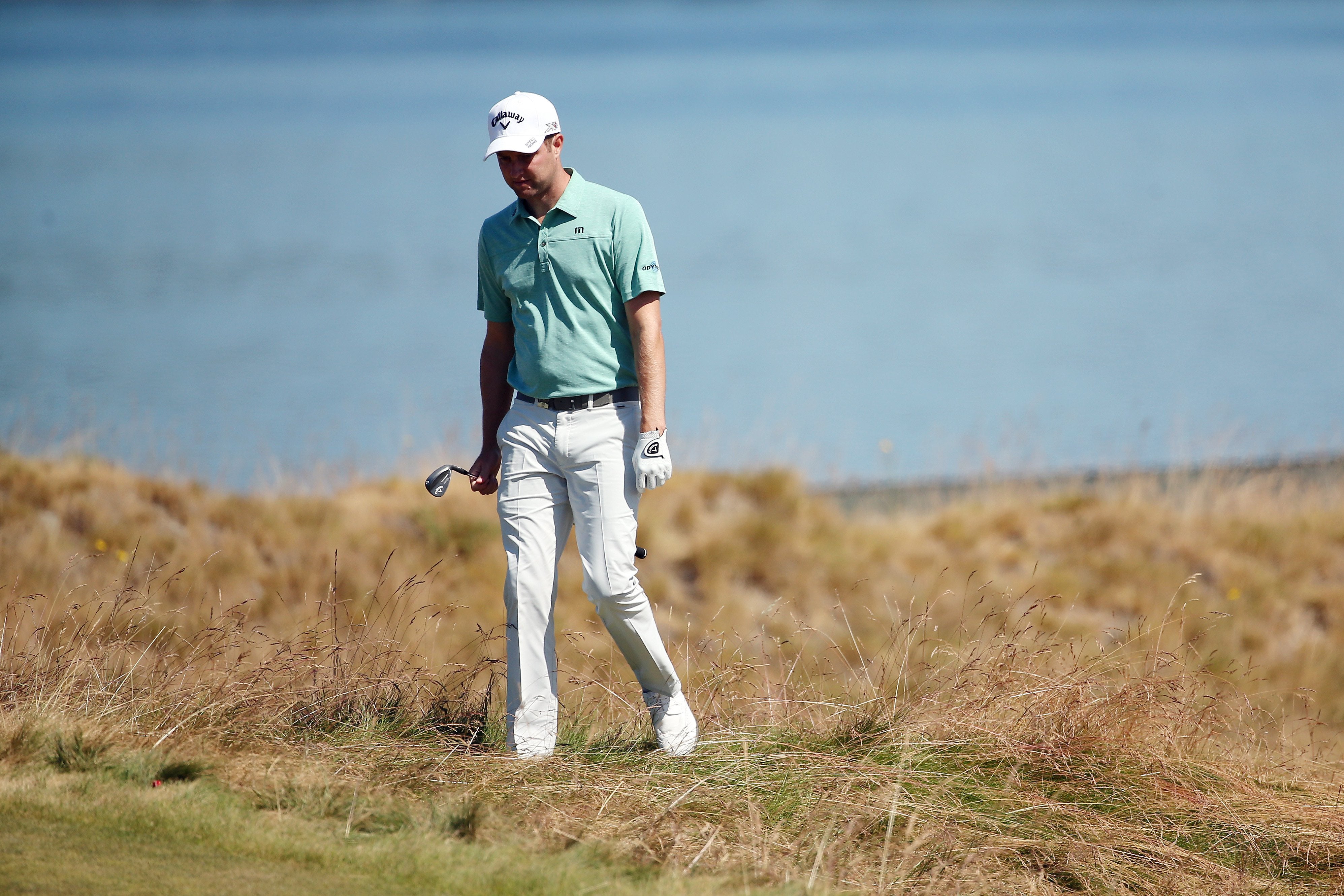 Chris Kirk of the United States walks during a practice round prior to the start of the 115th U.S. Open Championship at Chambers Bay.
Mike Ehrmann/Getty Images

Chris Kirk is wishing he could have that eagle back today.

Kirk was flirting with the cut line at the U.S. Open at Chambers Bay on Friday before making a stunning eagle on the par-4 10th to safely grant him passage to play this weekend. But you wouldn’t know it from his first hole on Sunday, where he carded a 6-over 10 on the par-4 first.

Kirk’s first two shots were OK, but it was the third, fourth, fifth, sixth, seventh and eighth shots that gave him trouble. Though he tried to get his chip up and over the hill on the first green, he kept missing left, sending the ball dribbling back down the hill to his feet; one time, rolling past him in between them.

Is there a name for that? A double-triple? A sextuple-bogey?

Either way, Kirk was likely finished with this course before he really even got started … with 17 holes left to play.

Kirk finished his round with a 7-over-par 77 to finish at 20-over for the tournament.