Tour Confidential: The reviews are in! Did the Zurich’s team format live up to the hype?

1. Rain delay aside, the Zurich Classic of New Orleans drew rave reviews (and thanks to Kevin Kisner, plenty of late drama and bonus golf on Monday). What was your take on the team format, and how much more of it would you like to see on Tour?

Jeff Ritter, digital development editor, Sports Illustrated Golf Group (@Jeff_Ritter): It was a hit. Loved guys cheering on their partners, the awkward high-fives and the goofy two-man press conferences. And Kisner’s clutch chip-in on 18 to force a playoff amplifies the positive buzz. Weather aside, it was a fun week. Let’s do it again one more time in the fall, but as a co-ed event.

Alan Shipnuck, senior writer, Sports Illustrated (@AlanShipnuck): Ritter, you forgot the precious matching outfits! It was a blast and the strong field, big crowds and overall enthusiasm for the whole thing will hopefully spur other events to think more creatively.

Jessica Marksbury, multimedia editor, GOLF.com (@Jess_Marksbury): I’m happy to jump on the bandwagon—this week was fun departure from the usual stroke-play grind for sure. And I second Jeff’s suggestion! A fall co-ed event would be completely fantastic. 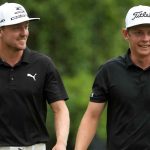 2. Play PGA Tour commissioner for a day. What’s your ideal alternative tournament to a stroke-play event?

Ritter: The Ryder Cup. But in lieu of that, I still miss the blood-and-guts, one-and-done format from the old match play, so I’d bring it back.

Shipnuck: Skins game. Each player puts as much money as they want into the pot and the Tour matches it 10 to 1. Play 18 holes in foursomes, with carryovers. Random draw for each foursome on the first day, and each player brings with him the money he contributed, plus the matching amount. Presses are encouraged, but the player must cover it with his own money. One winner comes out of each pairing. For each ensuing round the biggest money winners are grouped together. At the end of four days an additional bonus is paid out based on who won the most money.

Marksbury: Wow, Alan, I love how much thought you’ve already put into this. And I love, love, LOVE the idea of the guys playing with their own money! Now that would be must-see TV! My wish: How about a three-Tour scramble? Champions, PGA and LPGA tour players make up a team, and each player hits from the appropriate tees. Would be fun to see the different clubs everyone hits from various yardages. 3. Talk about killjoys. At a tournament featuring a format they hadn’t rolled out in more than three decades, PGA Tour officials meted out their first slow-play penalty in 22 years at the Zurich. Following right in their steps, the European tour handed out a penalty of its own at the Volvo China Open. This couldn’t be the start of a crackdown, could it?

Ritter: The Zurich penalty was a head-scratcher—of course guys played slower while adjusting to the team format. But the penalty in China makes me wonder if the tours have indeed been chatting, and if we witnessed the dawn of a slow-play policy with actual teeth. Bring it on.

Shipnuck: I’m all for crackdowns, but don’t start with a buzzy new event in which guys are playing in foursomes in an unorthodox format. That’s just bizarre.

Bamberger: I don’t agree at all. You have a rule, enforce it. Slow play is a problem. TV ratings are down and the dawdling can’t be helping. But that’s not the reason to enforce the rule. You enforce the rule because it is a rule, a sensible one, and it should speed up everybody. The Tour should keep at it.

Marksbury: A crackdown is long overdue, if you ask me. Slow is slow. I’m with Michael. Enforce the rules and assess penalties when necessary, and the problem should disappear pretty quickly.

4. The USGA and the R&A added Decision 34-3/10, which is designed to limit the use of video replay and hinder viewers from calling in potential rules violations. But has that much really changed with the introduction of the so-called “Lexi Rule”?

Ritter: The tours gave themselves some wiggle room to ignore call-ins, but only as they see fit. I still hate that players can be penalized for signing an incorrect scorecard for a penalty that’s enforced retroactively. Overall, the rule is a move in the right direction—golf was heading toward “Dancing With the Stars” territory. (Do you think Lexi made a par? Call in and vote now!) But there’s more work to be done.

Shipnuck: I’m already bored of this subject. Wouldn’t it be swell if folks just learned the rules and followed them?

Bamberger: Well said, Alan. And this is not the Lexi Rule. Nothing in the decision (in my opinion) would have changed in Thompson’s situation. That was not a best-effort marking. If she marks her ball correctly, there’s no issue, as Alan notes.

Marksbury: I like that the new decision protects players who clearly break a rule on video but could reasonably not have been aware of it at the time. This is most useful in a situation like Anna Nordqvist’s at the U.S. Women’s Open last year, when she unknowingly grazed a few grains of sand in a bunker on her backswing during the playoff and subsequently lost to Brittany Lang. But unfortunately there’s not much in 34-3/10 that would have helped Lexi. Yes, her mark and replacement were poor. Had a two-shot penalty been assessed on Saturday, everything would be fine. The fact that it was four shots on Sunday — after 12 holes! — is just outrageous. It shouldn’t have happened. Once a round is complete, that should be it. Otherwise, where does it end? 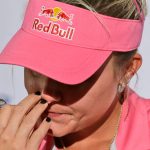 You may also like Lexi Thompson, through tears, addresses ANA snafu: ‘It was kind of a nightmare’

5. The USGA rejected the request of Wisconsin’s own Steve Stricker for a special exemption into the U.S. Open, which will be played on June 15-18 at Erin Hills in Hartford, Wis. Should the USGA have shown a little heart?

Ritter: I’m a Stricker fan, but this is the national championship. You’ve gotta earn your spot.

Shipnuck: Exactly. Golf is the ultimate meritocracy, and the Open especially so. Stricker can still play his way in through qualifying. If he wanted to play in this Open so much he should’ve gotten off his couch and tried harder to become exempt.

Bamberger: And it’s not a rejection. It’s an honor to get one, and the USGA decided, in its wisdom, that this was not an honor that Steve Stricker needed to receive. I bet he still plays his way in.

Marksbury: I didn’t even know special exemptions were a thing until recently. If Steve doesn’t qualify, I wonder who does?

6. GOLF.com unveiled the Survey of the American golfer last week, in which the Sports and Leisure Research Group polled more than 1,000 golfers from across the country (more than 80% played 10 or more rounds in the past year). Topics ranged from equipment-buying habits, the state of the game, rules and more. What nugget did you find most interesting?

Ritter: A whopping 10% of respondents said they’ve had sex on a golf course, and in response, I’m doing everything I can to avoid making a rub-of-the-green joke.

Shipnuck: Ah, yes, that took me back to some lovely starry nights on the 10th green at Pebble Beach. And a memorable visit to the 4th green at Spyglass. And perhaps the best up-and-down of my life on the 1st green at Spanish Bay…

Ritter: Alan, how many times did you “vote in the survey?”

Shipnuck: Sorry, I’m having trouble concentrating here. What was the question?

Bamberger: Only 10%? Also, I was interested that 80% of the respondents would not join a club that allows members to play in jeans. That tells you that something Trump often says is true: golf is an “aspirational” sport.

Marksbury: The fact that 70% said golf’s governing bodies aren’t taking the game in the right direction. I’d love more specifics on that!